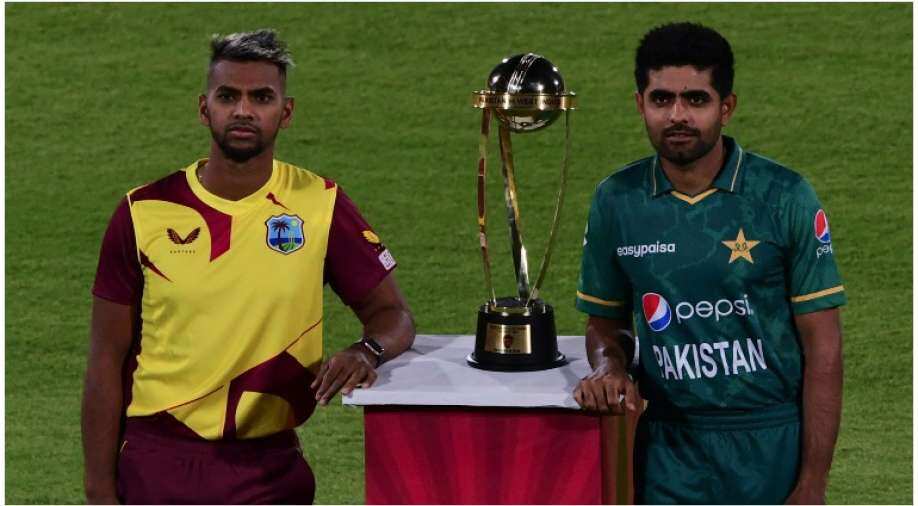 Pak vs WI T20Is: All to know about squads, schedule, streaming and more Photograph:( AFP )

Pakistan are set to lock horns with Nicholas Pooran-led West Indies in three T20Is, followed by equal number of ODIs. All you need to know about squads, venues, live streaming and other details:

Cricket finally returns to Pakistan, after the halt due to the New Zealand team's last-minute withdrawal in mid-September, as the West Indies cricket team are in the Asian country for three T20Is and equal number of ODIs. The visitors will kick off the tour with the three T20Is before the action moves to the 50-over format.

While Pakistan will aim to build on their momentum after thrashing Bangladesh, on their home soil, in the recent T20Is, the Men in Maroon will look to embark upon a new era with several star players missing in the line-up. They will also look to move past their horrific T20 World Cup campaign and be on the look-out for emerging young stars.

For Babar Azam & Co., the skipper and Mohammad Rizwan's opening pair, Asif Ali, Shadab Khan, Shaheen Afridi, etc. will be some of their key players. Hasan Ali, who was trolled for the Men in Green's T20 WC semi-final defeat to Australia, won't be featuring in the three T20Is. Here's all you need to know about the schedule, squads, telecast and live streaming details:

For the unversed, the live streaming of Pakistan vs West Indies T20I matches will be on SonyLIV. The T20I series will witness a live broadcast on Sony Sports Network.