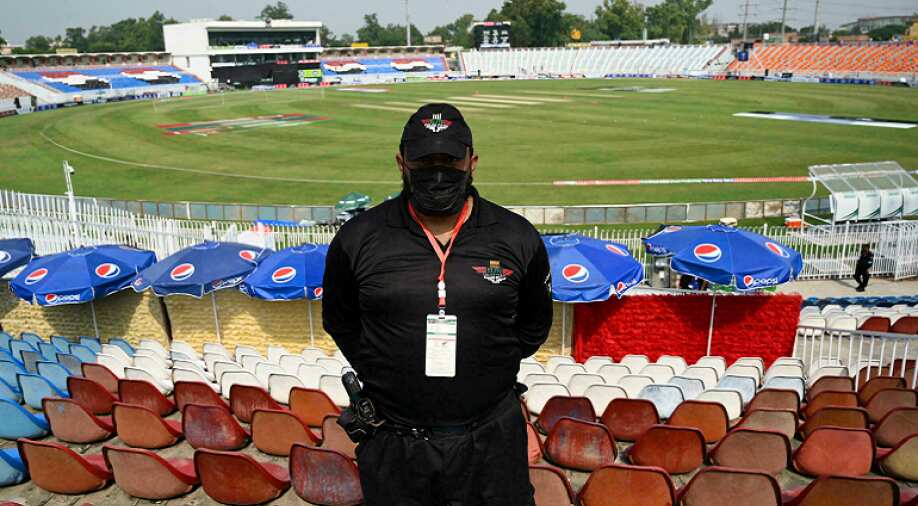 Pakistan's Interior Minister Sheikh Rashid on Monday claimed their government has contacted Interpol to probe the threatening emails received by the New Zealand cricket team which led to the cancellation of their tour of Pakistan.

Pakistan's Interior Minister Sheikh Rashid on Monday claimed the country's government is in contact with Interpol over the threatening emails received by the New Zealand cricket team which led to the cancellation of the Black Caps' tour of Pakistan. The New Zealand cricket team was in Pakistan to play a limited-overs series earlier this month but had to abandon their tour after receiving a security threat.

Pakistan minister Rashid has claimed New Zealand cricket team had recieved a total of 12 emails which will be probed by Interpol. Speaking at a weekly press conference on Monday, Rashid said Interpol will also probe the "India-Singapore links" of the emails, as per a report in Pakistan daily The Express Tribune. Rashid said "There will be good news soon," while responding to a question from one of the reporters on Interpol's investigation in the matter.

New Zealand cricket team had abandoned their entire tour of Pakistan, hours ahead of the start of the first ODI between the two sides in Rawalpindi earlier this month. The Kiwis travelled to UAE from Pakistan before returning home. In what was a ripple effect of New Zealand's decision to not play in Pakistan, the England Cricket Board also confirmed that they will be not going ahead with England's upcoming tour of Pakistan ahead of the T20 World Cup 2021.

Earlier, Rashid had claimed the emails received by the New Zealand team were sent from an associated device in India using a VPN. The Pakistan minister alleged Singapore's location was used while sending the emails from India."The device RMX 1971 (Realme) used 13 email IDs and except for Hamza Afridi, the 12 other email IDs had Indian/Hindi names," Rashid had said in a press conference earlier.

PCB chairman Ramiz Raja has been left utterly disappointed by England and New Zealand's decision to pull out of their respective tours and is reportedly considering a legal route against the two boards ahead of the next executive ICC meeting.

Pakistan cricket team will now return to action in the upcoming T20 World Cup. They will lock horns with arch-rivals India in their opening game of the showpiece event on October 24.