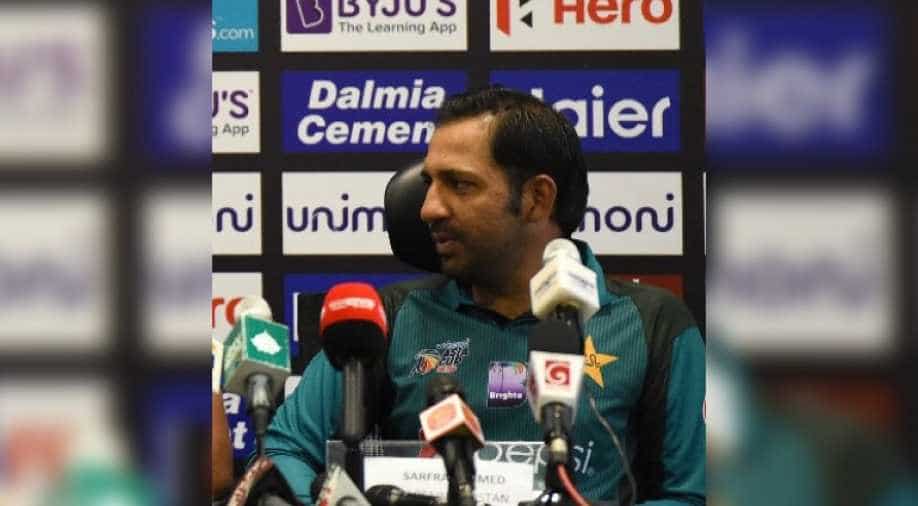 Sarfraz was heard making a comment in Urdu about South Africa's Andile Phehlukwayo in the second ODI.

Sarfraz was heard making a comment in Urdu about Andile Phehlukwayo during last week's one-day international in Durban, where the South African all-rounder played a match-winning partnership with Rassie van der Dussen.

The incident happened in the 37th over of South Africa's run chase when Pakistan's wicket-keeper Sarfraz made inappropriate comments while keeping.

"The ICC has a zero-tolerance policy towards conduct of this nature," the global cricket governing body's chief executive David Richardson said in a statement.

"I wish to extend my sincere apologies to any person who may have taken offence from my expression of frustration...," Sarfraz wrote.

The apology was given weight by the ICC as it handed out its suspension.

"Sarfraz has promptly admitted the offence, was regretful of his actions and has issued a public apology, so these factors were taken into account when determining an appropriate sanction," said Richardson.

The Pakistan Cricket Board too expressed regret over the alleged racist remarks made by the national team captain.

"The PCB neither endorses nor supports any comments that have the potential to cause offence, and firmly reiterates their zero-tolerance approach towards racist comments made; in whatever context," the PCB had stated.