Pakistan bowlers not up to the mark, says leg-spinner Shadab Khan ahead of World Cup 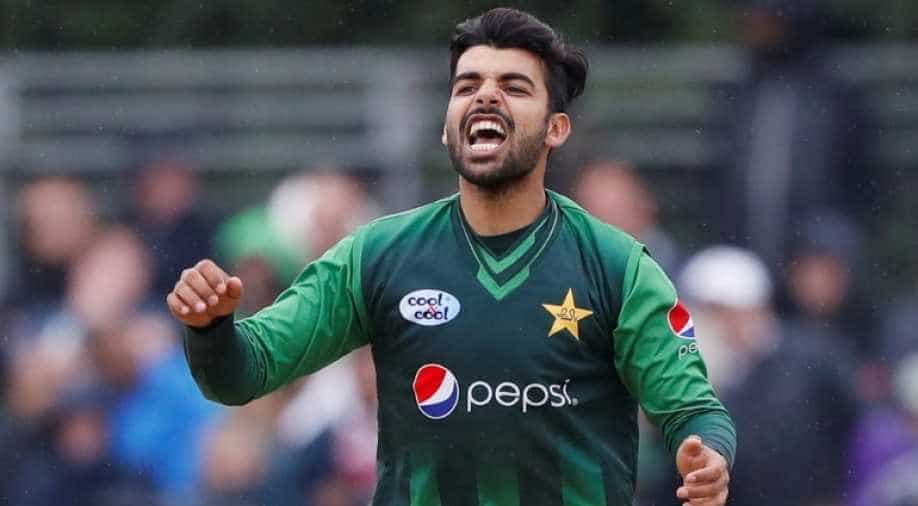 'Bowlers are not doing well, they are actually not in the rhythm required, but once they start clicking, we will start winning games', said Shadab Khan

Leg-spinner Shadab Khan admitted that the bowling department of Pakistan is not up to the mark in the ongoing One-Day International series against England.

He, however, pointed out that pressure in a bilateral series is different from that in the ICC Men's Cricket World Cup.

"Bowlers are not doing well, they are actually not in the rhythm required, but once they start clicking, we will start winning games. When you are missing your four key players, it becomes increasingly tough. But there is a difference between pressure for a (bilateral) series and a World Cup," ICC quoted Shadab, as saying.

"Our team has 100 per cent skills to do well in the World Cup. They are struggling, (but) so are other teams in many ways. They are playing good cricket overall. Nowadays, you have to take wickets because cricket has become very fast and even 350 is not a par score. Yes, we have been struggling with the ball in middle overs, but the way the batsmen are performing, it is a good sign," he said.

The 20-year-old was recently cleared to play at the World Cup after recovering from a viral infection, which ruled him out of the Ireland and England tours.

The virus was detected in his blood during a routine medical check-up.

Pakistan captain Sarfaraz Ahmed had confirmed Shadab's fitness a couple of days ago.

He was part of Pakistan squad that won the 2017 ICC Champions Trophy in England.

"Now, I am heading towards the World Cup. Since we are going there regularly from the last three years, it is not really difficult to acclimatise with the condition. All I have to do is get in my rhythm. Otherwise, you are mentally prepared for the challenge. I have already played in a competitive tournament - Champions trophy - which we won. Even though we lost a few games, I know how to adapt myself to a big tournament," he concluded.