Outrage as noose found in garage of black NASCAR driver 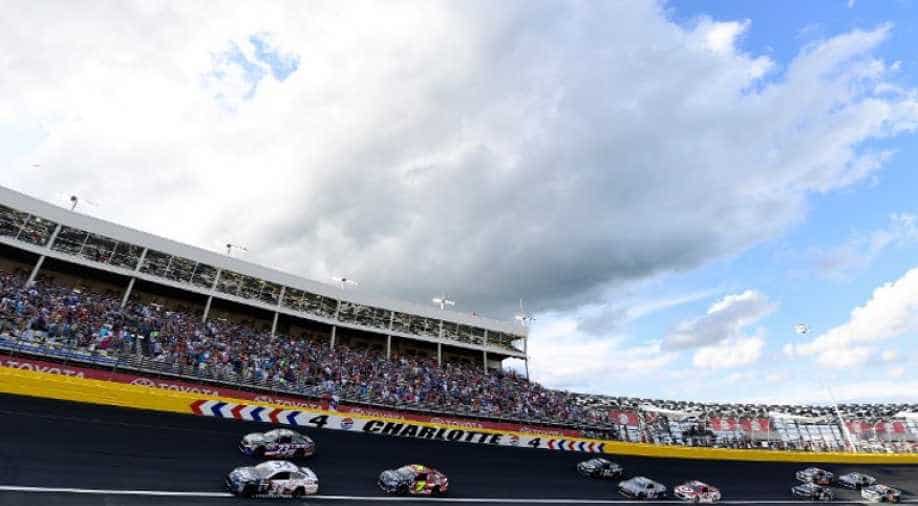 Wallace is the only black driver who races full-time in NASCAR's top Cup series.

NASCAR said Sunday night that a noose was found in the garage stall of black driver Bubba Wallace at Talladega Superspeedway in Alabama, and they have launched a probe of the "heinous" act.

Wallace is the only black driver who races full-time in NASCAR's top Cup series.

"Late this afternoon, NASCAR was made aware that a noose was found in the garage stall of the 43 team," the popular stock car series said in a statement.

"We are angry and outraged and cannot state strongly enough how seriously we take this heinous act. We have launched an immediate investigation and will do everything we can to identify the person(s) responsible and eliminate them from the sport.

"As we have stated unequivocally, there is no place for racism in NASCAR and this act only strengthens our resolve to make the sport open and welcoming to all.”

Wallace, who has been outspoken about racial injustice in the wake of George Floyd's death in Minneapolis police custody on May 25, commented on the incident in a statement posted on Twitter, saying he was "incredibly saddened" by the "despicable act of racism."

"This will not break me," Wallace said. "I will not give in, nor will I back down."

Wallace was a strong advocate for NASCAR's decision to ban the Confederate flag from its properties on June 10.

The Confederate flag has been a staple at NASCAR tracks, particularly in the sport's southern US heartland that includes Talladega in Alabama.

But it remains a symbol of slavery and racism for many.

Sunday's race, which was to be NASCAR's first with fans since the coronavirus pandemic erupted, was postponed until Monday by thunderstorms.

Before the heavy weather moved in, a small plane flew above the track trailing a giant Confederate flag and a second banner that read "Defund NASCAR" -- its message widely spread on social media.

NASCAR executive vice president Steve O'Donnell was quick to condemn the display on Twitter, where he posted a picture of black and white hands clasped.

"You won't see a photo of a jackass flying a flag over the track here," O'Donnell wrote. "But you will see this... Hope EVERYONE enjoys the race today."

Sports leagues across the country are grappling with how best to tackle racism in their ranks and how to use their platforms to promote diversity.

This week, NASCAR driver Denny Hamlin's car featured not his usual FedEx sponsor logos but those of the National Civil Rights Museum.

The museum, which chronicles the history of civil rights in the United States, is located in Memphis, Tennessee, where FedEx is headquartered.

"Today you will see my #11 car will not carry the traditional paint scheme that you usually see," Hamlin said on Twitter. "FedEx and myself instead want to give that voice to the NCRM.

"I want to thank them personally for taking the time to educate me on so many topics."