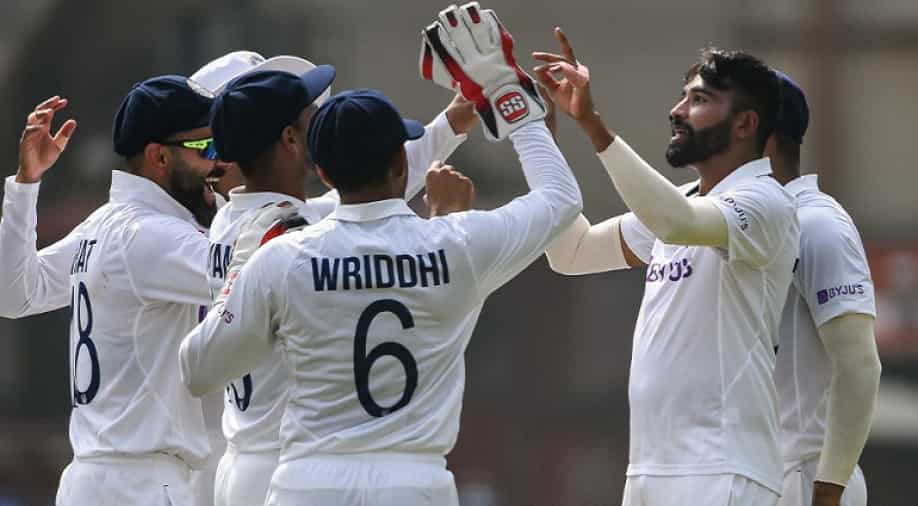 Former India cricketer VVS Laxman has lauded Team India pacer Mohammed Siraj, calling him one of the best fast bowlers in the world at present.

Former India batter VVS Laxman lauded Mohammed Siraj for his terrific bowling display in the just-concluded second Test between India and New Zealand at the Wankhede Stadium in Mumbai on Monday (December 06). Laxman said Siraj is a great asset for the Indian team while calling him one of the best fast bowlers in the world at present.

Siraj was not part of the playing XI in the first Test against New Zealand in Kanpur but made his comeback in the Mumbai Test. He made an instant impact with a three-wicket haul in New Zealand's first innings as the right-arm pacer ripped through the Kiwi batting line-up to dismantle their middle-order.

It was a brilliant spell from Siraj, who drew the first blood for India by dismissing Will Young on 4 before setting up New Zealand skipper Tom Latham with great variations. He followed it up with the prized scalp of Ross Taylor to finish with excellent figures of 3/19 in his 4 overs as India bundled out the Kiwis on a paltry 62 after posting 325 runs on the board in their first innings.

"He had a fantastic plan of bowling short-pitched deliveries and getting the important wicket of captain Latham. I enjoy his energy and intensity... the way he runs in hard towards the crease and it's great to see him show so much confidence in his craft," Laxman said on Star Sports after India defeated New Zealand in the 2nd Test to clinch the series 1-0.

Siraj, who had made his Test debut in Australia, earlier this year, has had an amazing rise as his stature continues to grow as a reliable bowler in the longest format. He had impressed with his performances in England earlier this year and continued his superb show in the Test series against the Kiwis at home. Laxman lauded Siraj for his performances and said he is one of the best at present.

"He is growing and progressing really well as a Test match bowler. We have seen the way he performed when Bumrah, Shami and Ishant were not there in Australia. To go and back it up with impressive performances in England against a good batting line-up," said Laxman.

"The way he bowled on the surface - which assisted his style of bowling, and then the length he bowled on, and the way he consistently bowled with the seam. He is a great asset to this Indian team. Make no mistake... he is one of the world's best at the moment," he added.