Olympics: We are human too, mental health more prevalent now, says US gymnast Simone Biles after pulling out 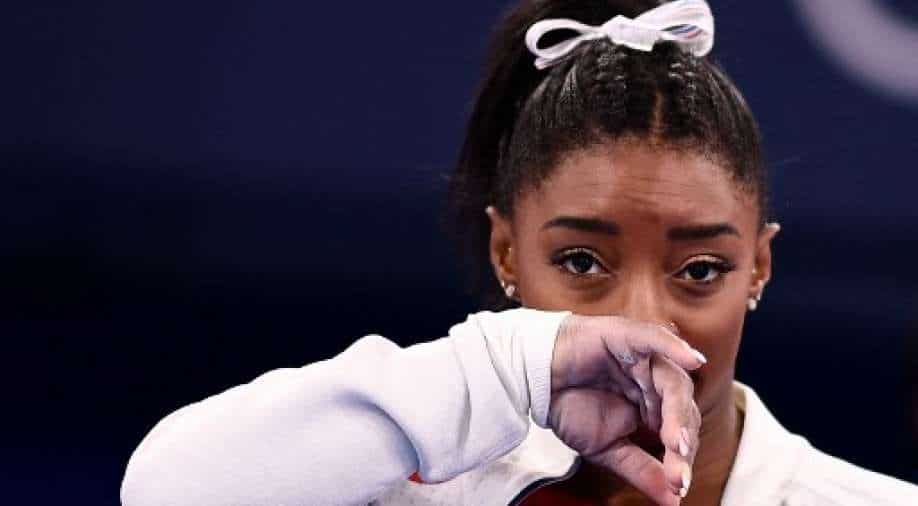 US gymnast Simone Biles, 24, was expected to repeat her Rio performance at Tokyo but sensationally dropped out allowing the Russian Olympic Committee to clinch the gold medal

After sensationally pulling out of the women's team final at the Olympics, US gymnast Simone Biles, 24, said she needed to focus on her mental health.

"I just think mental health is more prevalent now in sports and it's not just like we have to set everything aside, we also have to focus on ourselves," the four-time Olympic gold medallist said.

Biles scored 13.766 which was her lowest Olympic score as she mistimed her opening vault.

She was led away as onlookers looked stunned at her sudden disappearance. USA Gymnastics said she had pulled out over unspecified medical issues, however, Biles confirmed she had to tackle mental health in order to emerge stronger.

"At the end of the day, we're human too so we have to protect our mind and our body rather than just go out there and do what the world wants us to do," the champion gymnast said.

Biles began crying after the stunning disappointment flanked by teammates, she said: "I just don't trust myself as much as I used to. I feel like I am also not having as much fun. That just hurts my heart that doing what I love has been taken."

Russian Olympic Committee took advantage of the confusion in the US camp to claim the gold medal as the United States won silver and Britain took bronze.

It is unclear whether Biles who is the world and Olympic all-around champion will take further part in the mega event as USA Gymnastics said: "She will be assessed daily to determine medical clearance for future competitions."

The day ended in shock as Japan's tennis sensation Naomi Osaka lost to Marketa Vondrousova just days after she lit the Olympic cauldron at the grand opening ceremony as the host country hoped she would win the gold, but the tennis star declared that her "attitude wasn't great".

Osaka had skipped Wimbledon last month to spend more time with her friends and family ahead of the Olympics.

She had withdrawn from French Open amid a row over press conferences after she was fined $15,000 by the organizers. She later said mental health issues needed to be addressed while declaring that she suffered “long bouts of depression” since the 2018 US Open final.