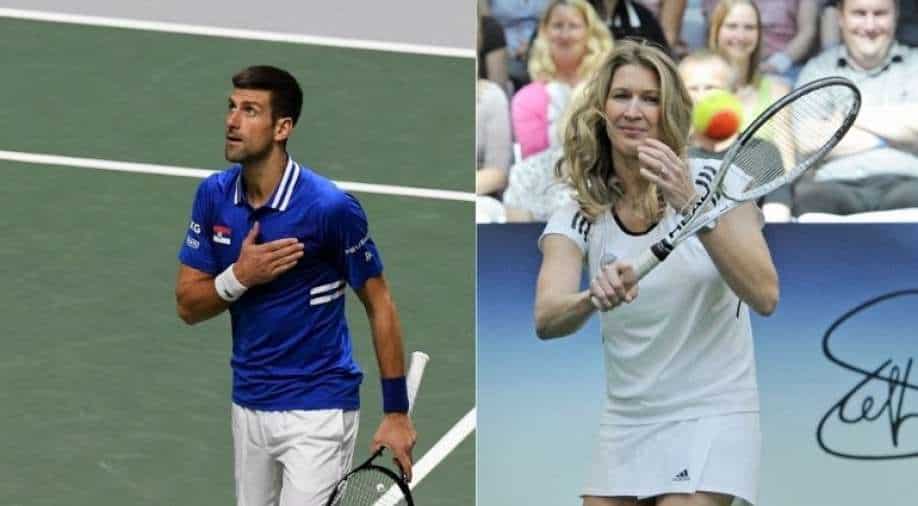 Novak Djokovic is eyeing the legendary Steffi Graf's record after spending 350 weeks on top of the ATP rankings. Graf had held the top spot for 377 weeks.

Twenty times Grand Slam winner Novak Djokovic on Monday spent his 350th week atop the ATP Rankings, extending his record for the most weeks in the top spot.

The Serbian star's current stint at World No. 1 began nearly two years ago, on February 3, 2020. On March 8, he broke a tie with Roger Federer (310 weeks) for the most weeks at World No. 1 since the inception of the ATP Rankings in 1973.

He also finished year-end No. 1 for the record-breaking seventh time, moving ahead of Pete Sampras (6).

Djokovic finished the historic 2021 season with a 55-7 record, including five tour-level titles. He went 27-1 in major championships, with titles at the Australian Open (d. Medvedev), Roland Garros (d. Tsitsipas), and Wimbledon (d. Berrettini).

Daniil Medvedev stopped the 34-year-old in the US Open final from becoming the first player to complete the Grand Slam since Rod Laver in 1969.

The 34-year-old will have a chance to make more history next year. Djokovic can surpass WTA legend Steffi Graf`s record for most weeks at World No. 1 in men's or women's tennis. The German held the top spot for 377 weeks.