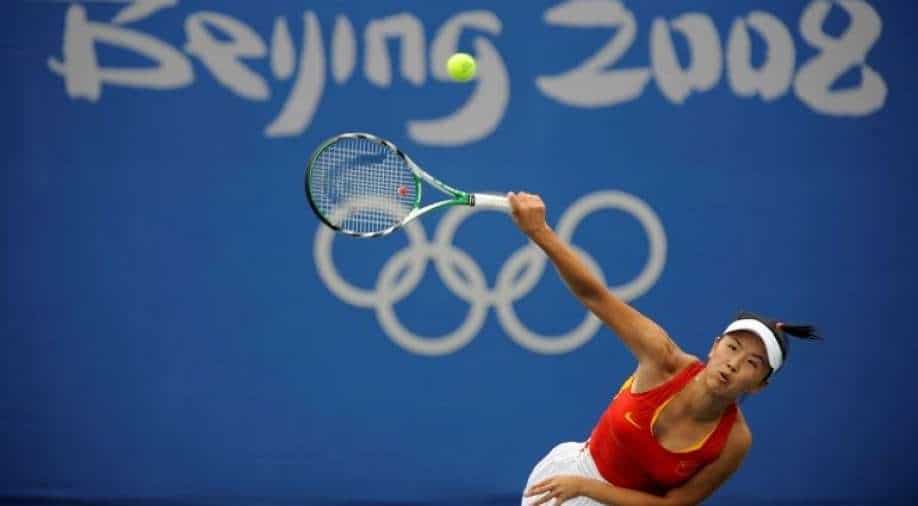 The WTA, which controls the women's game, last week suspended all tournaments in China.

International Tennis Federation president David Haggerty said Sunday that his organisation will not boycott China over the Peng Shuai affair as "we don't want to punish a billion people".

The WTA, which controls the women's game, last week suspended all tournaments in China amid what its chairman called "serious doubts" about the safety of Chinese player Peng, who accused a top Communist Party leader of sexual assault.

WTA chair and CEO Steve Simon said the move -- which could cost the WTA hundreds of millions of dollars had the "full support" of the tour's board of directors.

However, the ATP, which governs men's tennis, has refused to follow the WTA's example.

Now the ITF, the overall ruling body of tennis, has also rejected such a move.

"As the governing body of tennis, we stand in support of all women's rights," Haggerty told the BBC.

"The allegations (of Peng) need to be looked into, and we will continue to work behind the scenes and directly to bring this to resolution.

"But you have to remember that the ITF is the governing body of the sport worldwide, and one of the things that we are responsible for is grassroots development.

"We don't want to punish a billion people, so we will continue to run our junior events in the country and our senior events that are there for the time being."

Peng, a 35-year-old Wimbledon and French Open doubles champion, has alleged that former Chinese vice-premier Zhang Gaoli, now in his 70s, forced her into sex during a years-long on-and-off relationship.

The WTA's stance has been widely supported by some of the sport's biggest names.

Billie Jean King, a 12-time Grand Slam singles winner and leading voice for women's rights, tweeted that the WTA was "on the right side of history."