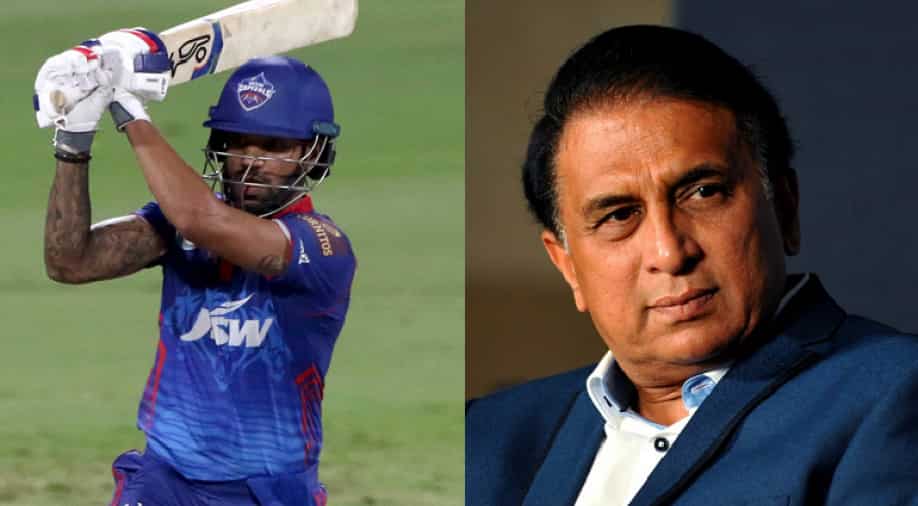 Former India captain Sunil Gavaskar believes Punjab Kings should look at the future and not appoint Shikhar Dhawan the captain of the team ahead of IPL 2022.

Punjab Kings (PBKS) were one of the franchises who headed into the Indian Premier League (IPL) 2022 mega auction looking to rope in a potential captaincy candidate ahead of the new season. KL Rahul parted ways with Punjab Kings last year to join Lucknow Super Giants as their new captain, leaving his former franchise with the tough task of finding a new captain for the team.

Punjab had the largest purse heading into the auction and the franchise was able to rope in some quality Indian and overseas players to form a strong squad at the end. Punjab Kings picked up a total of 23 players at the IPL 2022 mega auction, including the likes of Shikhar Dhawan, Jonny Bairstow, Kagiso Rabada and Liam Livingstone among others.

While many believe Dhawan is an ideal captaincy candidate for the Punjab Kings, former India captain and batting legend Sunil Gavaskar has urged the franchise to look at the future while appointing their next captain. Giving his take on the captaincy debate, Gavaskar said Mayank Agarwal should be handed over the reins as he is 31 and has many years of cricket left in him at the top level, unlike Dhawan, who is 36 and might not be a long-term option for captaincy.

Lauding Mayank, Gavaskar said the right-hand batter is a hard-working athlete and has always been a team man. The batting legend also believes Mayank can be a potential candidate to lead India in the future if he can deliver consistent performances with the bat.

"I will look at the future, and I look at Mayank Agarwal. Because I do believe that Mayank has got leadership qualities. He speaks well, he is a hardworking individual. He wants to get better than yesterday. He is very very very enthusiastic. He is a real team man. We can see that when he is playing for India. He is always ready to hop on to the field, even when he isn't in the XI," Gavaskar told Sports Today.

"So every aspect I think, Mayank Agarwal is somebody Punjab Kings should look as captain. And who knows, he could be considered in the future for national captaincy if he is consistent with his performances," he added.

While Dhawan has been a full-time captain in the IPL in the past, Mayank had led Punjab Kings in one game last season after an injury to Rahul. Dhawan has also led the Indian team in a few matches but with age not being on his side, Punjab Kings will have a difficult decision to make in terms of captaincy.