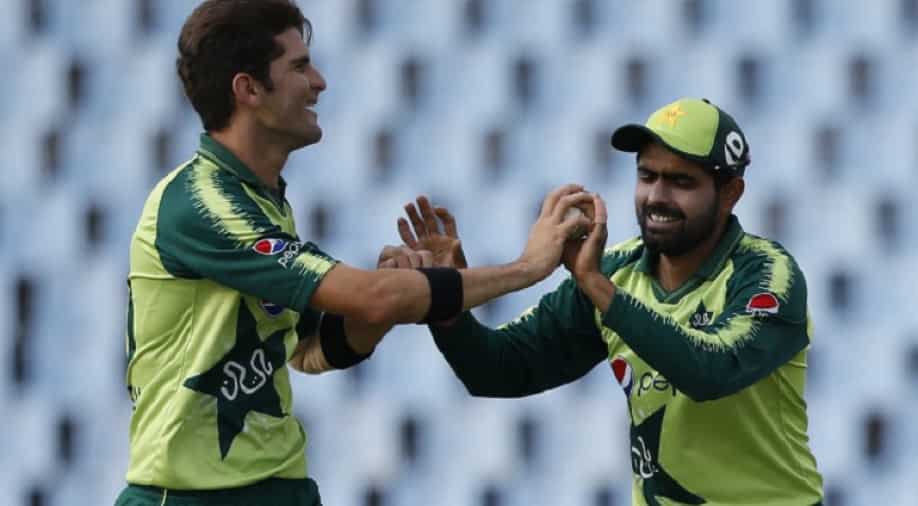 Pakistan fast bowler Shaheen Afridi has named one of his teammates as the better captain compared to national team skipper Babar Azam.

Pakistan pacer Shaheen Afridi recently named a teammate who he thinks is a better captain than Babar Azam. Babar is currently Pakistan's captain across all three formats and had recently led the team to the semi-finals of the T20 World Cup 2021 in the UAE. Pakistan had remained unbeaten in the group stages and recorded a massive ten-wicket win against arch-rivals India in the tournament.

Babar has been lauded by many for leading the team by example with his consistent performances with the bat. However, Afridi believes his opening partner Mohammad Rizwan is a better captain and has great leadership qualities. Afridi, who had started his domestic career under Rizwan's captaincy, rated Rizwan above Babar in the best captain debate.

“I like [Mohammad] Rizwan’s personality. I started playing domestic competition with him from KPK’s side and I would rate him as the best. Since Babar has done a fantastic job with the national team, I will rank him second,” Afridi was quoted as saying by Cricket Pakistan.

However, the pacer, who was recently named captain of his Pakistan Super League (PSL) side Lahore Qalandars, called Babar the best batsman in the world. He also lauded the Pakistan skipper for leading the national team well and taking the side to greater heights.

“Babar Azam is my favourite batsman and he is the number one batter as well. He has done fantastically well as a captain for the national team and we are reaching new heights under him,” said Shaheen Afridi.

Afridi's comments are certainly not going to go down well with fans of Babar. Nonetheless, the batting maestro is likely to be Pakistan's skipper across formats for a number of years. He was appointed as Pakistan's captain for the first time after the team's disappointing exit from the 2019 ODI World Cup and has since done a terrific job while leading the side.