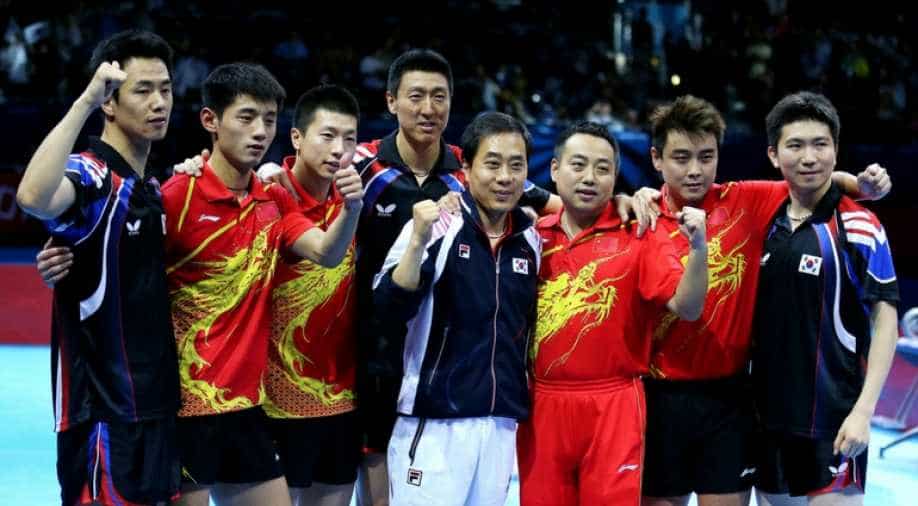 The two Koreas will field a combined team at the table tennis world championships after the nations decided not to compete against each other in the quarter-finals, the International Table Tennis Federation (ITTF) said on Thursday.

North and South Korea requested to field a unified team for the semi-finals of the championships, which will be played against Japan or Ukraine on Friday in Halmstad, Sweden.

The last time that a unified Korea team played the world table tennis championships was 1991 in Chiba, Japan where women's team shocked defending champions China to win the gold medal.

The decision to form a unified team was a tripartite agreement between the leaders North and South Korean Table Tennis teams and the ITTF.

"When I informed the Board of Directors about this development, the unified team received a standing ovation from the delegates who showed their sign of support to this historic move," ITTF president Thomas Weikert said in a statement.

The move follows the North and South Korean leaders' pledge to work for "complete denuclearization" of the Korean peninsula last week.

The two Koreas had earlier this year joined forces to field a combined women's ice hockey team at the Pyeongchang Winter Games after they marched in together for the opening ceremony.