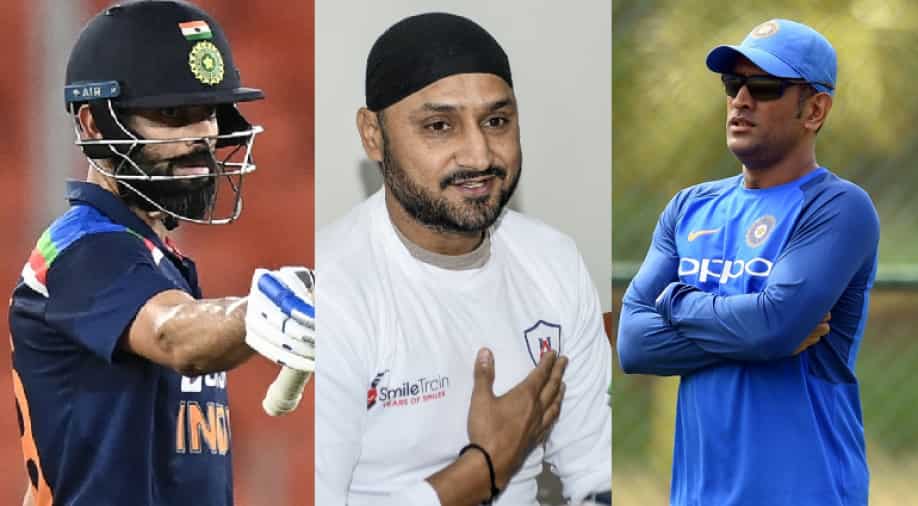 Veteran India spinner Harbhajan Singh has named his all-time best T20 XI with MS Dhoni as the captain of the side. The likes of Virat Kohli and Babar Azam didn't make the cut in his side.

Regarded as one of the greatest captains of all-time, Dhoni has won almost everything there is to be in world cricket. He is considered India's most successful captain with all three major ICC trophies to his name. He has also led Chennai Super Kings to a staggering four IPL titles as a captain.

While Harbhajan picked Dhoni as the captain of his team, he named Rohit Sharma and the explosive Chris Gayle as the openers of his team. Both Rohit and Gayle can take any bowling attack to the cleaners on their day. England batter Jos Buttler found a spot at no. 3 in Harbhajan's all-time T20 team.

At no.4, Harbhajan went with former Australia all-rounder Shane Watson, who has 8821 runs and an impressive 216 wickets in 343 T20 matches. South Africa star AB de Villiers was roped in by Harbhajan at no.5 while Dhoni was kept at no.6 as a wicket-keeper and the captain of the team.

Harbhajan then picked two T20 greats from West Indies as the next two all-rounders in his team. He named Dwayne Bravo and Kieron Pollard in the team, both of whom have won several titles in T20 leagues around the world and have massive experience in the shortest format.

Harbhajan picked Sunil Narine as the only spinner in his team while Lasith Malinga and Jasprit Bumrah formed the pace attack. Malinga, who is IPL's leading wicket-taker of all time, has a whopping 390 wickets to his name in T20s. Bumrah, on the other hand, is one of the best fast bowlers in the world at present.