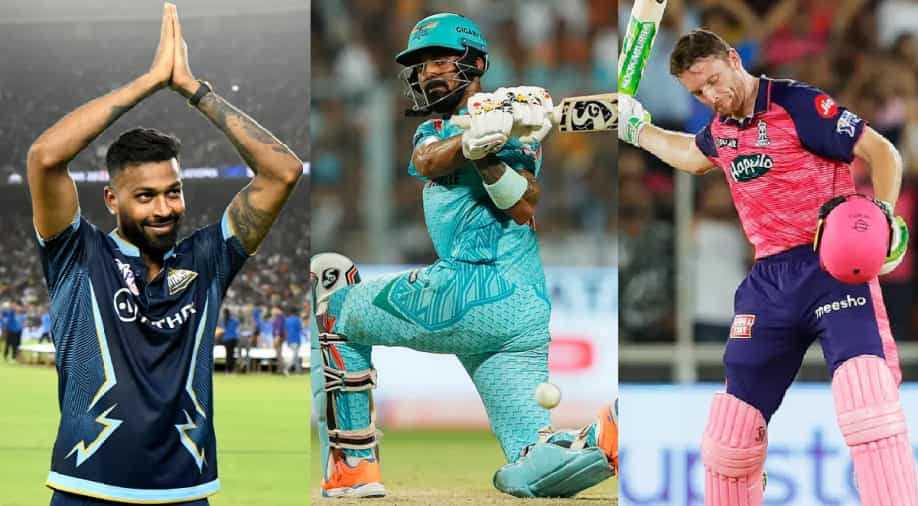 Hardik, Rahul and Buttler all feature in Piteresen's best XI of IPL 2022. | Photo - IPL | Photograph:( Others )

Former England captain Kevin Pietersen picked his best XI from the recently-concluded Indian Premier League (IPL) 2022. It was a memorable season with debutants Gujarat Titans getting crowned as champions after scripting a fairytale run in their debut campaign in the league. The tournament saw a number of youngsters rise to the occasion once again while some of the experienced campaigners continued their impressive run for their respective teams.

Pietersen named Hardik Pandya the captain of his IPL 2022 XI after the star all-rounder led the Titans to their maiden title triumph in style. Hardik led from the front and contributed with both the bat and the ball to help his side dominate the proceedings throughout the season. He scored 487 runs in 15 matches and also picked up 8 wickets, including a match-winning performance in the final against the Rajasthan Royals.

Pietersen picked Jos Buttler and Quinton de Kock as the two openers in his side. Buttler had a fabulous season finishing as the highest run-getter in IPL 2022 with a staggering 863 runs while De Kock too was consistent with the willow and notched up 508 runs in 15 matches. Lucknow Super Giants skipper KL Rahul, who played as an opener, was picked at no.3 by Pietersen.

"Hit 140* as he and KL Rahul batted the entire 20 overs unbeaten against KKR. That innings, combined with some other solid contributions, means he warrants a place in this team", the former England captain said on Betway explaining the reason behind keeping Rahul at 3.

While there were other popular picks like David Miller and Liam Livingstone in his best XI, Pietersen also had a surprising inclusion in the form of R Ashwin. He snubbed GT spinner Rashid Khan, who picked up 19 wickets at a brilliant economy of 6.59 to keep Ashwin in the side.

"Averaging over 27 with the bat and taking 12 wickets is a great effort. That all-round output means that this was a fine campaign," said Pietersen on Ashwin's selection. He completed his bowling attack with the likes of Yuzvendra Chahal, who was the highest wicket-taker of the season, Umran Malik and Josh Hazlewood.