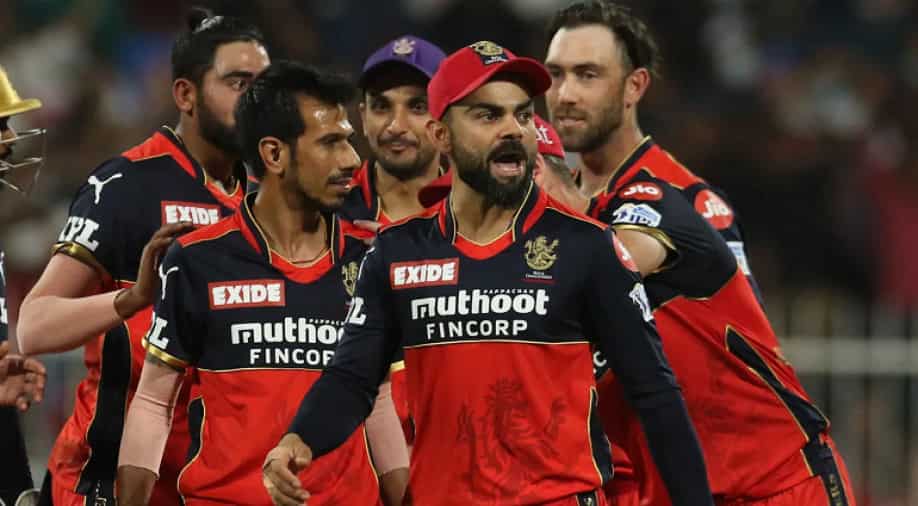 Royal Challengers Bangalore (RCB)'s campaign in the Indian Premier League (IPL) 2021 came to an end on Monday (October 11) after Virat Kohli & Co. lost by four wickets in the Eliminator against Kolkata Knight Riders (KKR) at the Sharjah Stadium in Sharjah. RCB failed to defend the total of 138 runs as their bid for maiden title ended abruptly yet again.

RCB will now be looking to revamp their squad ahead of the new season of IPL in 2022. With Virat Kohli not captaining the side anymore, the franchise might also be in the auction looking for a captain if they decide to look beyond the players in their current squad to take over from Kohli.

It will be crucial for RCB to retain the best players from the current batch to ensure they can build the team around them for the new season. With BCCI likely to allow a maximum of three retentions as per reports, Kohli is likely to be the first player to be retained by the franchise while it remains to be seen who will be the others who are retained.

West Indies legend Brian Lara recently named three players that he feels RCB should retain ahead of IPL 2022. He picked Kohli, Glenn Maxwell and Devdutt Padikkal as his first-choice players to be retained while snubbing star batsman AB de Villiers.

"I think they have got to make some tough decisions. Of course, Maxwell has come in and listening to what their coaches have to say about him, he has pretty much delivered what was expected of him," Lara said on Cricket.com.

"Virat Kohli is a franchise winner anywhere he goes so he is going to be retained in that position. You want to go for people, who you feel, if you put them in the market, you can get them back. I would go with Maxwell as a second choice. And also, maybe a player like Padikkal," he added.

De Villiers is one of the best batsmen RCB have in their ranks at present and is currently the all-time second-highest run-getter of the franchise with 4522 runs in 157 matches. However, Lara explained that the South African has struggled to perform consistently and is not getting younger which is why it's the right time for RCB to part ways with him.

“Why would you want to retain AB de Villiers when he is not scoring runs and not getting any younger. You’re playing six weeks of cricket for the entire year and if you think he is going to be ready everytime the IPL comes around, then do it but we have seen the situation with Chris Gayle at 42. And he plays leagues after leagues all the year and still he struggles,” Lara said.