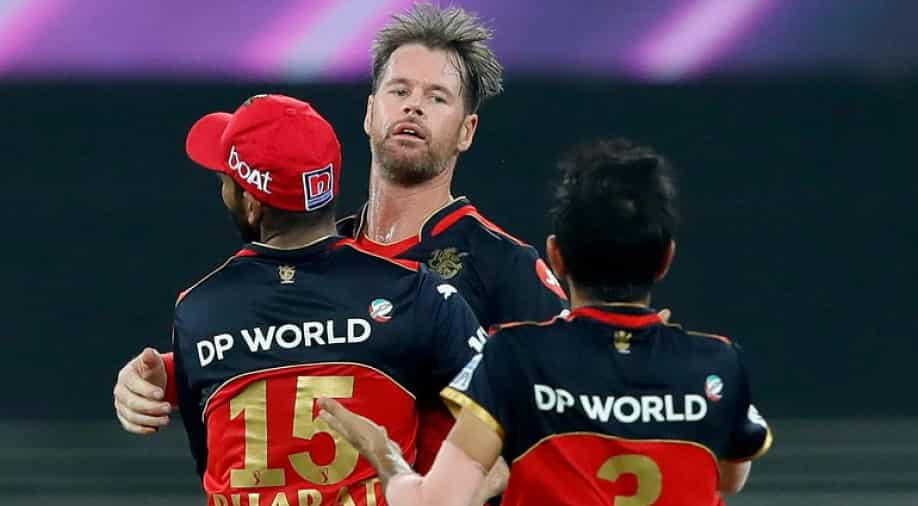 Royal Challengers Bangalore (RCB) have released a statement extending support to Dan Christian after the player and his partner were subjected to horrific online abuse.

Royal Challengers Bangalore (RCB) have released a statement after all-rounder Dan Christian and his partner Jorgia Dunn were subjected to online abuse by trolls after the team's exit from the Indian Premier League (IPL) 2021. RCB lost against Kolkata Knight Riders (KKR) by 4 wickets in the Eliminator to bow out of the competition.

Christian, who had an off day with the ball, conceding 29 runs in his 1.4 overs, was targeted online. The Australian all-rounder alleged that his pregnant partner's social media was also filled with horrific abuse.

RCB have now expressed their support for the player and has stated that they are hundred per cent behind him. The franchise asserted that it won't tolerate any online abuse against the players, their families and loved ones.

“We’re 100% with you @danchristian54 and we will not tolerate online abuse towards players and especially towards their families and loved ones,” RCB said in a statement.

“Winning and losing are a part of this beautiful game we all love. Our players put in the hard work day in and day out to reach the level they’re at. They give it their everything to try and win the game for us," the franchise added.

We’re 100% with you @danchristian54 and we will not tolerate online abuse towards players and especially towards their families and loved ones. #PlayBold #WeAreChallengers #SayNoToOnlineAbuse pic.twitter.com/w2UvpyJ6aD

Earlier on Tuesday, Christian had taken to Instagram to reveal his partner Jorgia has been facing constant abuse over RCB's defeat against KKR in the Eliminator. "Check out the comments section of my partner's Instagram post. I didn't have a great game tonight, but that's sport. However please leave her out of it," the Aussie star wrote on Instagram.

Christian had a bad day at the office against KKR as he failed to make an impact with the bat, managing only 9 runs off 8 balls before giving away 29 runs off just ten balls as RCB slumped to a defeat. It was Virat Kohli's final game as the captain of the side as he ended his captaincy stint without a trophy for the franchise.