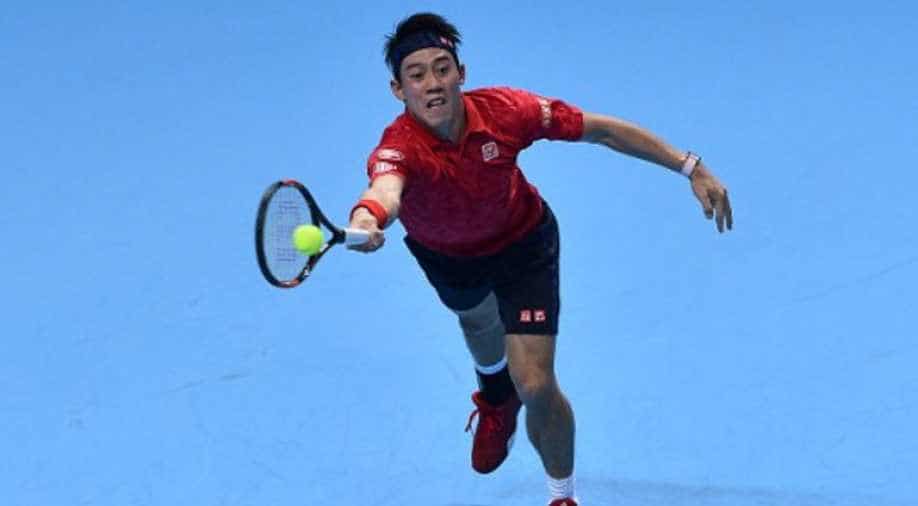 Nishikori, who could still finish the year at a career-high third in the ATP rankings, claimed some revenge for this year's US Open semi-final loss to Wawrinka. Photograph:( AFP )

What had promised to be a standout tussle between the world's third and fifth-ranked players failed to deliver as Nishikori won the group opener in little more than an hour in front of a subdued O2 Arena crowd.

From the opening game when Wawrinka had to save two break points the 31-year-old struggled and Nishikori duly got the first break in the fifth game with a punishing forehand.

Nishikori was ruthlessly efficient and quickly polished off the first set aided by a second break when US Open champion Wawrinka double-faulted to end a woeful service game.

Wawrinka tried to pump himself up at the start of the second set, delivering a couple of signature backhands, but he was still struggling to locate his A-game.

The crowd, far from a sell-out, wanted more for their money but a miscued Wawrinka forehand into the net gave Nishikori a break point in the fifth game which he converted when Wawrinka elected to leave a return that floated in.

Nishikori, who could still finish the year at a career-high third in the ATP rankings, claimed some revenge for this year's US Open semi-final loss when he broke again to end the contest after Wawrinka wafted a lazy backhand over the baseline.