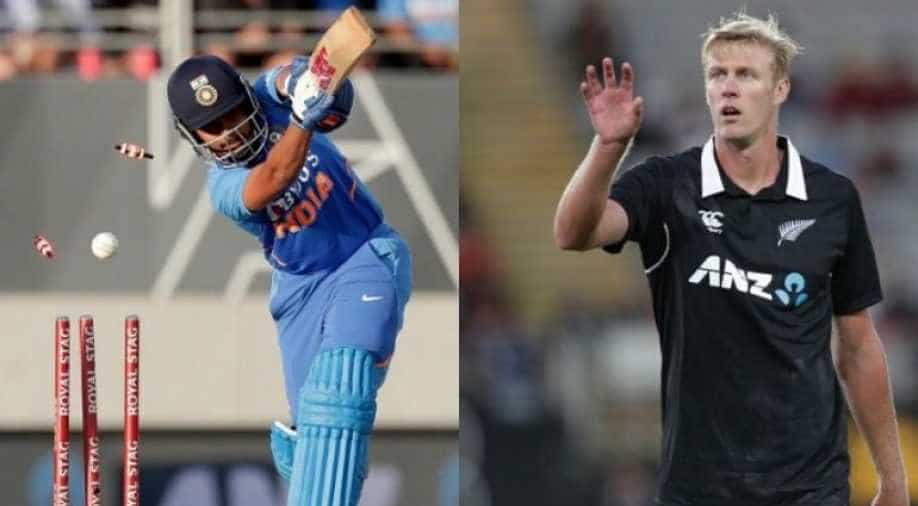 Navdeep Saini's brave 45 runs had put the Kiwis in pressure.

New Zealand have clinched the ODI series against India after beating them in a nail-biting finish by 22 runs in the second ODI at Eden Park, Auckland.

After New Zealand lost the toss, Martin Guptill and Henry Nicholls opened for the Kiwis and put up a 96 runs stand for the first wicket.

Martin Guptill continued his good form on Eden Park, Auckland. He scored his first half-century in 11 matches. He smashed 79 runs until he was run-out after a wrong call by Ross Taylor.

After that Kiwis had a collapse of wickets after Guptill's dismissal.

India have yet again struggled to bowl out the lower order, after their last wicket (Tim Southee) which fell on 197/8, Kiwis managed to get highest 9th wicket partnership at Auckland.

A tight #NZvIND contest, a run out right at the death, and Ravindra Jadeja falling just short of pulling off a miracle... Stop us if you've heard this one before 😉 pic.twitter.com/Pw4LM8qFcI

India needed 274 in 50 overs, Prithvi Shaw and Mayank Agarwal opened for the Men in Blue.

Indian batsmen failed to get a consistent good partnership. All batsmen except Shreyas Iyer (52 runs) and Ravindra Jadeja (55 runs) could not perform well with the bat. Despite Jadeja and Navdeep Saini's 50 runs partnership and brilliant bowling performance by the Indian team in the middle overs, still, they could not capitalise over their weakness. India scored 251/10.

Navdeep Saini's brave 45 runs had put the Kiwis in pressure.

Debutant Kyle Jamieson shines on his debut. He took Prithvi Shaw and Navdeep Saini's wicket who was looking explosive with his bat. He took two wickets against India.

Tim Southee continued his good run, he took 2 wickets and became the most successful bowler against Virat Kohli. He has dismissed Kohli 9 times across all formats.

James Neesham took the final wicket (Jadeja - 55 runs) and sealed the series for the Kiwis.

New Zealand beat India in the three-match series by 2-0.

Debutant Kyle Jamieson won the man of the match.