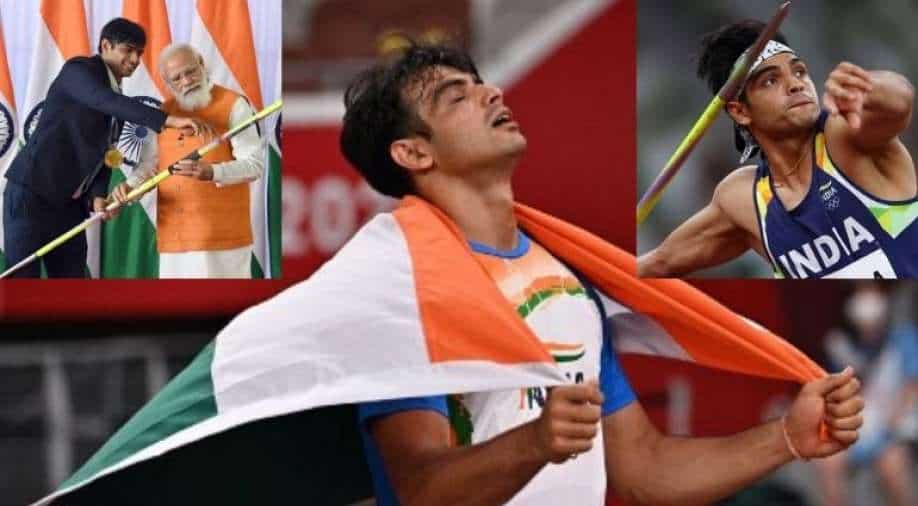 Neeraj Chopra's Olympic-gold winning javelin gets a top price on Thursday (October 7) at the E-auction of gifts and mementoes presented to Indian Prime Minister Narendra Modi.

The Indian culture ministry said that the iconic javelin fetched Rs 15 million in the auction and proceeds from the auction will go towards the Namami Gange initiative. In total, 1348 mementoes were put up and around 8600 bids were received.

The 23-year-old Chopra scripted history when he won India's maiden Olympic medal in athletics — a javelin gold. After winning the medal, Neeraj spoke exclusively to WION about his journey and dreams.

He said it is a "happy moment" for him as he led India to its best-ever haul in the Olympics with seven medals — a gold, two silvers and four bronze medals.

On his win, he said, "It's hard to believe at the moment, sometimes I feel it it's a dream. But for me, it's a dream come true. Gold in the Olympics is a different feeling and I also feel great to have done this for our country."

On one hand, Chopra's gold-winning javelin received the highest bid in terms of value, the maximum number of bids were received for the sculpture of Sardar Patel (140).

Among the items that received the most bids was a wooden Ganesha with 117 bids, a memento of the Pune metro line which got 104 bids and a memento of Victory flame which received 98 bids.

The highlight items of this round of e-auctions included the sports memorabilia of the medal-winning Tokyo 2020 Paralympic Games and the Tokyo 2020 Olympic Games; models of Ayodhya Ram mandir; Varanasi's Rudraksha auditorium and many other precious and interesting collectables.

At the last such auction, in September 2019, as many as 2,770 objects went under the hammer. These included paintings, sculptures, shawls, jackets and traditional musical instruments. The proceeds were also donated to the Namami Gange Mission.