Watch: Andy Murray's plea over 'stolen' wedding ring sums up the plight of every married man 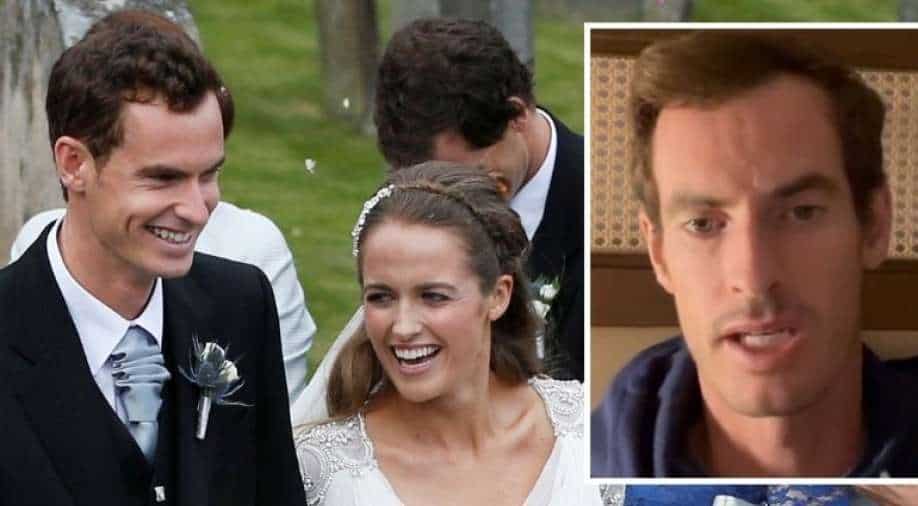 Andy Murray said that when his physio asked about his wedding band that he realised he had left the ring tied to his footwear and now its gone...

British tennis star Andy Murray issued a plea after his shoes and wedding ring were stolen in California as he is now in the "bad books" at home. The incident pretty much sums up the plight of every married man in the world.

Murray, who is currently in California for the Indian Wells tournament, revealed in a video posted by ATP's Twitter handel, that an 'idiotic' decision to dry his sweaty shoes led to them being stolen.

The three-time Grand Slam winner said that he left his tennis shoes underneath his car to dry out overnight in front of the hotel room, but they had vanished when he returned in the morning.

Murray, who married Kim Sears in 2015, has played with his wedding ring attached to one of his laces as he can't play while wearing it in his finger.

That's exactly happened when he took part in a practice session ahead of his opener in the Indian Wells tournament against Frenchman Adrian Mannarino.

He said that when his physio asked about his wedding band, then he realised he had left the ring tied to his footwear.

His tennis shoes have been stolen and, attached to them, is his wedding ring. Oops.pic.twitter.com/4bBDDlels6

"Last night after dinner in Indian Wells, I got back in the car to go back to the hotel and it didn't smell great. I'd left my tennis shoes in there ... it's been like 38-39 degrees so the shoes are damp, sweaty and smelly," Murray said in the video.

Murray said he left his shoes underneath the car to avoid the "stink" in his room but when he got back to the car in the morning they were gone.

"I decided when I got back to the hotel that the shoes needed some air, I needed to dry them out a bit ... I have no balcony in my room and didn't want to leave them in my room to stink the room out.

"So I thought I'm going to leave the shoes under the car ... overnight. When I got back to the car in the morning the shoes were gone. I had to go to a local pro shop to buy different shoes to what I normally wear ... which isn't the end of the world but not ideal.

"I was preparing for my practice when my physio said to me 'where's your wedding ring?' And I was like 'oh no' .... So yeah, my ring has been stolen as well. Needless to say I'm in the bad books at home so I want to try and find it."