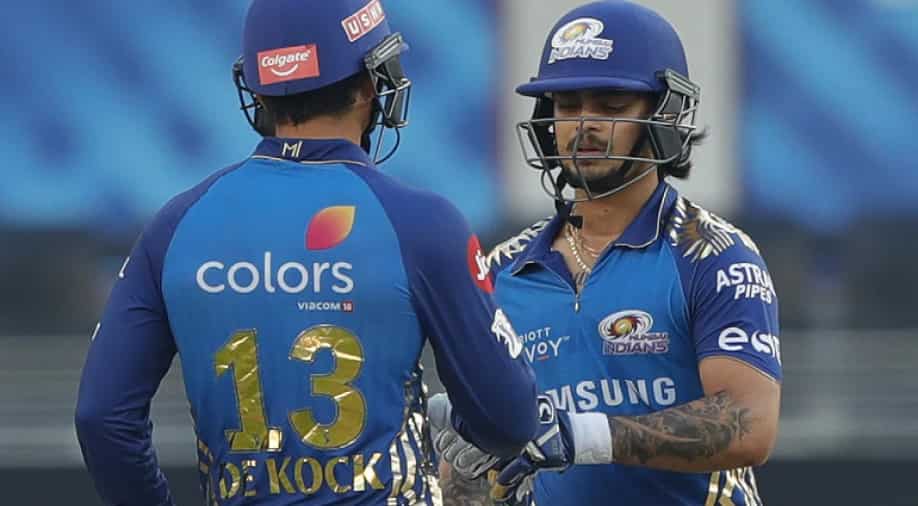 Ishan Kishan was the most expensive player at IPL 2022 mega auction. | Photo - IPL | Photograph:( Others )

Indian wicket-keeper batter Ishan Kishan revealed his heart skipped a beat when teams were involved in a bidding war for him at the IPL 2022 mega auction.

India's star wicket-keeper batter Ishan Kishan said his heart skipped a beat when teams were involved in a bidding war for him at the Indian Premier League (IPL) 2022 mega auction earlier this month. Kishan was the most expensive pick at the IPL 2022 auction after being bought back by Mumbai Indians (MI) for a whopping Rs 15.25 crore (INR 152.5 million).

Kishan became the second-most expensive Indian player of all time in the history of IPL auctions. The wicket-keeper batter has been impressive with the bat for Mumbai Indians in the IPL over the last few seasons and has reaped rewards for his brilliant performances for the team.

While many had expected Mumbai Indians to go all out to get him back at the auction, not a lot of people would have guessed that he could become the most expensive buy at the mega auction. As it turned out, Kishan drew bids from a number of teams but Mumbai Indians held on in the bidding war to eventually secure his signing ahead of the start of IPL 2022.

In an interview with the Times of India, Kishan said he knew Mumbai Indians would go for him but his heart skipped a beat when the price continued to rise. The wicket-keeper batter said Mumbai Indians needed money to build a good squad and it wasn't just about him at the mega auction.

“I knew MI would go for me. That wasn't the worrying bit. The worrying part was the rising price because MI needed to save on money to build the rest of the team. It wasn't just about me," said Kishan.

"For a minute there, I must admit, my heart skipped a beat. There's a reason why I wanted to come back to MI. They know me, they understand my game and I know my franchise and how it works. Because I've been part of this family, I was sure I didn't want to go anywhere else. I've been here four years and the bonding has been amazing. We've won two trophies, stood for each other and with each other, they know my cricket and I know they will take care of me. So, I didn't want to go anywhere else,” he added.

Kishan will be one of the key members of the Mumbai Indians squad in IPL 2022 as he will be expected to keep the wickets and play almost every game after the franchise also let go of Quintin de Kock, who used to open the batting with skipper Rohit Sharma.

Ishan might take De Kock's opening spot and open the batting with Rohit for the five-time champions from the upcoming season.