'My father is a farmer and all our life we are taught to keep trying': Shardul Thakur 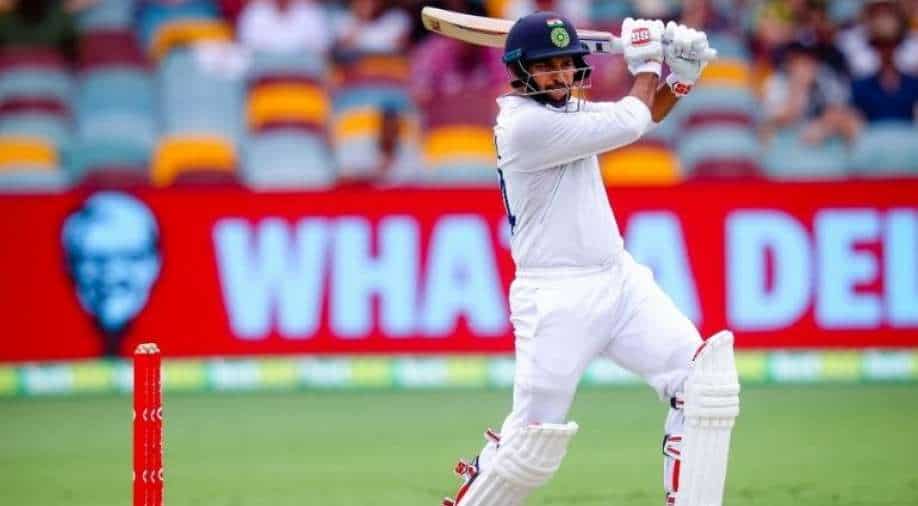 'Australian players were trying to have a conversation with me', reveals Shardul Thakur Photograph:( AFP )

Thakur even talked about the 123-run stand with Washington Sundar and said that their aim was to tire the Aussie bowlers.

Shardul Thakur did not have a memorable debut for India in Test cricket. The all-rounder lasted only ten balls playing against West Indies at Hyderabad in 2018 as he sustained hamstring and was forced off the field. However, two years later, Shadul Thakur's contribution with bat and ball made him an overnight star.

"For me it was ab agla mauka kab aayega? (when would I get the next chance)," he told Indian Express. "That wait between two Tests has changed me as a person. There were two options, either I crib and say, yaar yeh agla mauka kab aayega or just go there and keep working. Keep working was the only option. My father is a farmer and all our life we are taught to keep trying. Keep working hard, keep pushing. Agar ek saal kheti kharaab ho jayega iska matlab yeh nahi ke next time (I won’t do farming. Same is in cricket, I will again try).

"I did (get frustrated), tell me who wants to sit out but at the end of the day only 11 can play. I have sat out before for two series and waited too. I’m human and I do get demotivated. I look out for my motivation. Be it carrying drinks or cheering, I kept busy in these activities.

"I spoke to Ravi bhai (Shastri) one day. I asked him that sometimes I get only one game per series, I always feel pressure on me when I play. What should I do? He replied, if you see this opportunity as pressure, then I will certainly feel pressure in my game. But if you feel that you want to win, then except the game pressure, there won’t be any add-on pressure."

Thakur talked about the 123-run stand with Washington Sundar and said that their aim was to tire the Aussie bowlers.

"We all went for a win. As the game got closer and closer we knew we would pull it off. I think the only time we all had a doubt was in the first innings when we had lost six wickets for some 180 runs. When I and Washington Sundar batted and crossed the 300 run-mark, we both saw the scoreboard and felt the lead was not that big. We can pull this game off in second innings if we get them out sooner," he said.

"Our batting coach Vikram Rathour came and said play the ball as per merit, don’t play any silly shot. I told Sundar that let’s hang around because their bowlers were getting tired. Australia hadn’t given rest to any of their seamers in the entire Test series, it was the same bowling attack playing and we could sense that they were getting tired. The more they got tired the easier it would get. And it happened, their bowlers did get tired. We had to just apply our mind and back our instincts.

"I told myself that if I can hang around for two hours, I have all the shots to play. I always enjoy playing fast bowlers, I have never been scared of speed. Am not scared to face even 145 kmph plus. Maybe it’s because of how my cricketing career started. We have a ground in my village where my first few years of cricket were played on matting wickets. The pitch in Palghar had uneven bounce, so handling bounce came naturally to me. At the same time I faced throwdown specialists regularly in the Indian team nets, so am used to playing pace.

"Since school days I used to play as an all-rounder. I always enjoyed batting and I always want to showcase my talent with the bat. I might bat lower down the order but my mind works like a batsman."