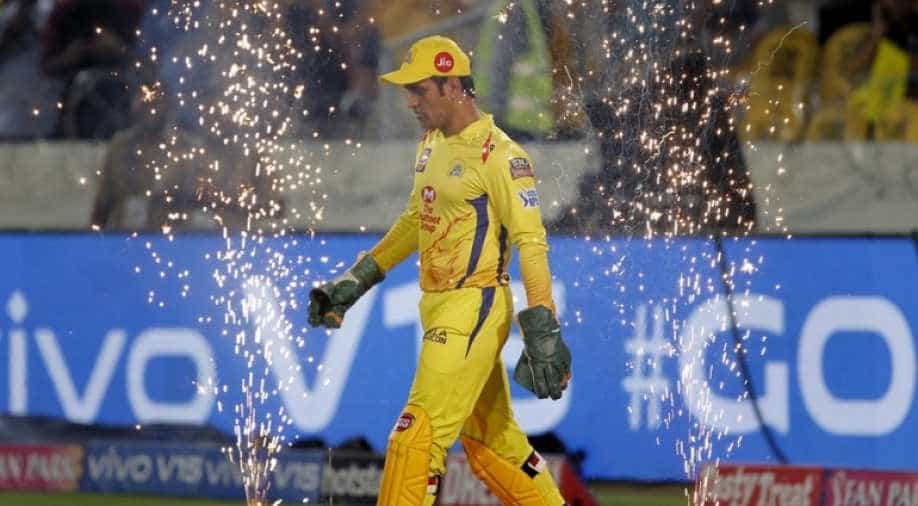 Mahendra Singh Dhoni found himself in the record books on Friday as the Chennai Super Kings skipper became the most capped played in the history of Indian Premier League (IPL) surpassing the likes of Suresh Raina, Rohit Sharma and Dinesh Karthik.

Mahendra Singh Dhoni found himself in the record books on Friday as the Chennai Super Kings skipper became the most capped played in the history of Indian Premier League (IPL) surpassing the likes of Suresh Raina, Rohit Sharma and Dinesh Karthik.

As soon as Dhoni took the field at the Dubai International Stadium in Dubai on Friday, the former Indian captain became the player with most starts in IPL history. Dhoni now has 194 caps in total while playing for Chennai Super Kings and Rising Pune Supergiants.

Earlier, Suresh Raina was the record holder for most appearance in IPL with 193 appearances. However, with the veteran southpaw missing IPL 2020 due to ‘personal reasons’, he was unable to continue the record in the 13th edition of IPL, which is being held in UAE behind closed doors.

Apart from Dhoni (194), Raina (193), Rohit Sharma with 192 caps and Kolkata Knight Riders captain Dinesh Karthik with 185 caps in IPL are next in the list.

Most matches in IPL

MS Dhoni today becomes the most capped player (194) in the history of IPL.#Dream11IPL pic.twitter.com/PwpDFcEA2E

Talking about the match between SRH and CSK, David Warner won the toss and opted to bat first with both teams eagerly looking to win the contest.

Dhoni said at the toss: Hopefully the wicket won't slow down much. We got time at a very important juncture and it will also help us reflect what we need to change in batting and bowling. Momentum when it comes to batting is one of the key aspects. The length has been crucial and experience really plays in. Vijay, Ruturaj and Hazlewood make way for Rayudu, Shardul and Bravo.

Warner said: We are gonna have a bat. Looks a nice wicket and we want to put runs on the board. We are a good side at defending and if all goes to plan, hopefully we can defend it.