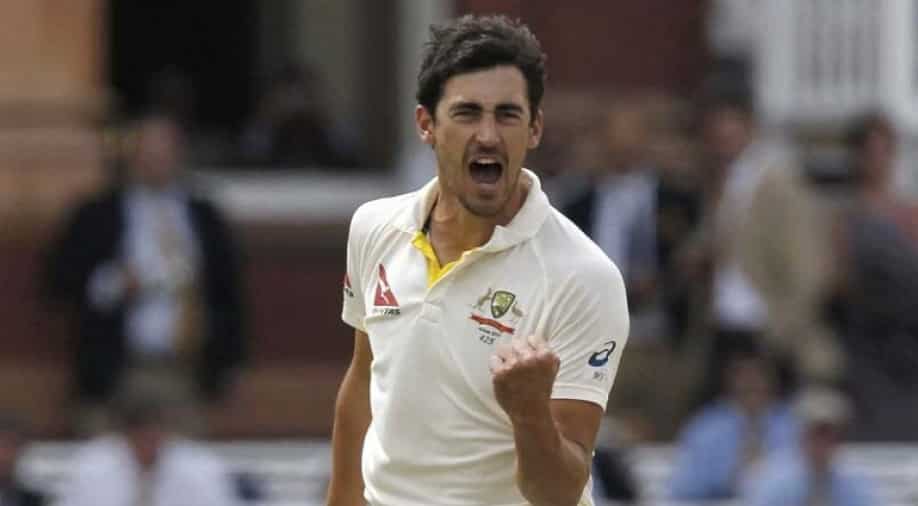 Starc was honoured for his strong performance in all three formats of the game. He is only the fifth bowler in 22 years to win the award.

Starc was honoured for his strong performance in all three formats of the game. He is only the fifth bowler in 22 years to win the award.

Gardener also bagged the recognition for the first time. She is the first indigenous player to clinch the top gong in Australian women's cricket.

"I never dreamt of ever winning this award. When I took the call I was in complete surprise," Gardner told Channel Seven.

"I'm still in shock. To be the first ever First Nations person to win this award is super special not only for me but for my family and my people too."

The awards were decided by a voting process for the period 2021-22. The winners were decided by votes from players, umpires and media representatives throughout the year. The announcement came during the lunch break of the ongoing women's Ashes Test here. Starc, who took 43 wickets across all formats in the 12-month period, edged out all-rounder Mitchell Marsh by one vote.

"I'm not really sure what words to say at the moment. It was a huge surprise. To look at some of those names who have won it before, it will take a bit to sink in. Hugely honoured to receive this award," Starc said.

Gardner was Australia's third-highest run-scorer and fifth-highest wicket-taker across the voting period, scoring 281 runs at an average of 35.10 that included four half-centuries while also claiming nine wickets.

She received 54 votes to win the Belinda Clark award ahead of Beth Mooney (47) and Alyssa Healy (39). It was double celebration for Starc as he also won the men's ODI Player of the Year. He joins Pat Cummins, Mitchell Johnson,

Brett Lee and Glenn McGrath as the only fast bowlers to win the top award since its inception in 2000. Star wicketkeeper batter Alyssa Healy won the women's ODI Player of the Year award for the third time.

The big-hitting Marsh, who was the star of the T20 World Cup final last year, was named the Men's T20 Player of the Year after a tremendous 12 months.

Beth Mooney won her second successive women's T20 Player of the Year award. With 13 votes, she finished ahead of Tahlia McGrath (10) and Gardner (6).