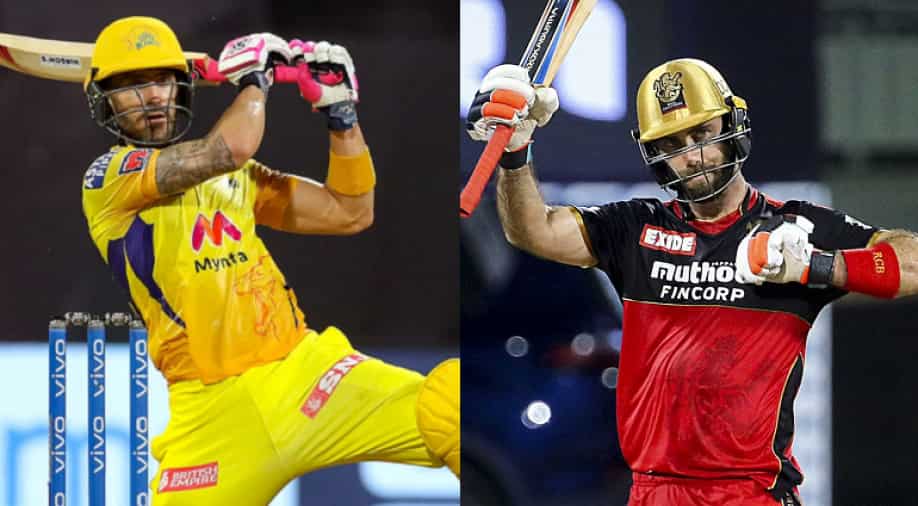 Royal Challengers Bangalore's Director of Cricket Mike Hesson explained why the franchise decided to hand over the captaincy to Faf du Plessis over the likes of Glenn Maxwell and Dinesh Karthik.

Royal Challengers Bangalore (RCB) on Saturday (March 13) confirmed the appointment of Faf du Plessis as their new captain ahead of the Indian Premier League (IPL) 2022. Du Plessis will replace Virat Kohli, who had stepped down from captaincy following the conclusion of IPL 2021 last year. While there were speculations Kohli could return to captaincy or Glenn Maxwell can take charge, RCB's announcement put to rest all such rumours.

Du Plessis was signed by RCB for a sum of Rs 7 crore (INR 70 million) at the IPL 2022 mega auction last month and ever since then, he had become one of the frontrunners to become the new RCB skipper. However, the likes of Maxwell and Dinesh Karthik, who have led IPL teams in the past, were also in contention to replace Kohli as the new captain.

RCB's Director of Cricket Mike Hesson explained why the franchise decided to go with Du Plessis as captain over the likes of Maxwell and Karthik. When asked if the franchise had bid for Du Plessis at the mega auction keeping the captaincy decision in mind, Hesson admitted the franchise saw the former South Africa skipper as part of their leadership group.

"Obviously, Faf was right up the top of that list in terms of whom we were wanting to get. It was little bit of both. I know how well respected he is. I know tactically sound he is. We have the likes of Virat, Maxi (Maxwell), DK who is new to the group," he added.

With many of the opinion that having an overseas captain might act as a limitation going forward as only four overseas players are allowed in the playing XI, Hesson said he had no doubts that Du Plessis will play all games for the franchise. Hesson also called Du Plessis the most suitable candidate for the captaincy role.

"When you look to decide who's the most suitable candidate for the role, you don't necessarily decide whether they're an Indian player or an overseas player. Sure the seven Indians and there's four overseas -- we know the maths," said Hesson.

"The reality is that Faf is good enough to play every single game anyway. So that's not a question. Therefore you just look at who's the guy you gonna work with the leaders in the group and get the best out of the younger guys, build relationships and help develop that RCB culture that we want. We just want the best candidate for the job. And there's no doubt in our mind that Faf is the guy for that," he added.

RCB, who are yet to win their maiden IPL title, will hope for a change in fortunes this season after appointing Du Plessis as the new leader of the side.