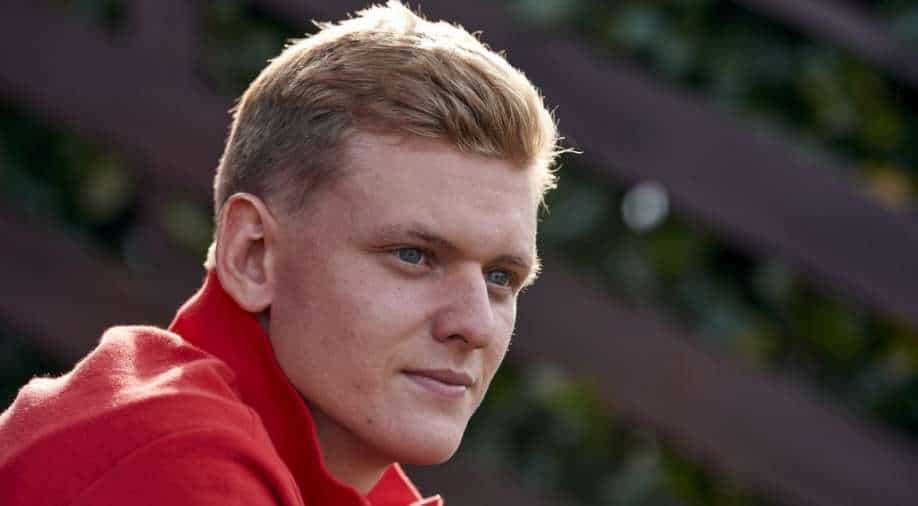 Mick Schumacher, son of seven-time world champion Michael Schumacher, is set to drive in Formula One for the first time with Haas in the 2021 season, as announced on Wednesday.

Mick Schumacher, son of seven-time world champion Michael Schumacher, is set to drive in Formula One for the first time with Haas in the 2021 season, as announced on Wednesday. The 21-year-old will carry his father’s legacy forward or rather create his own and will get a taste of F1 when he takes part in free practice ahead of the 2020 season-ending Abu Dhabi Grand Prix on December 11 before participating in the testing process a few days later.

"Haas F1 Team has signed Germany's Mick Schumacher as part of its all-new driver lineup for the 2021 FIA Formula 1 World Championship and beyond in a multi-year agreement," Haas said in a statement.

Mick Schumacher, who has been long tipped for an F1 spot, will partner Russia’s Nikita Mazepin in the Haas line-up. Schumacher junior currently sits atop the Formula T20 drivers’ standings with one race to go in Bahrain this weekend.

"The prospect of being on the Formula 1 grid next year makes me incredibly happy and I'm simply speechless," said Schumacher, who has signed a multi-year deal.

"I would like to thank Haas F1 Team, Scuderia Ferrari and the Ferrari Driver Academy for placing their trust in me. I also want to acknowledge and extend my love to my parents - I know that I owe them everything. I have always believed that I would realize my dream of Formula 1.

"A huge thank you must also go to all the great motorsport fans out there who have supported me throughout my career. I will give it my all, as I always do, and I look forward to going on this journey together with Haas F1 and them."

His father, Michael Schumacher, was seriously injured in a skiing accident in December 2013 and has not made public appearances since then. Whereas his wife Corinna, Mick’s mother, gave a rare statement on F1 legend’s 50th birthday last year saying the family were doing "everything humanly possible" to help her husband.