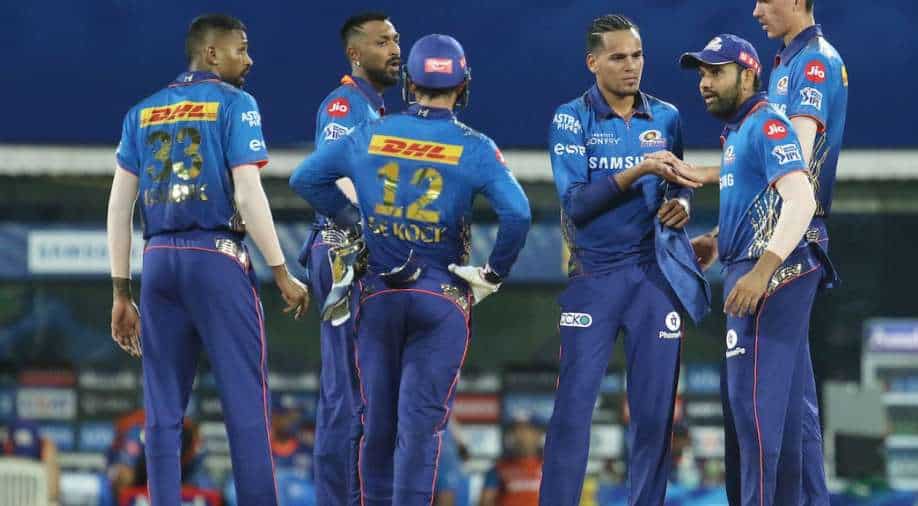 Rohit Sharma's Mumbai Indians (MI) and KL Rahul-led Punjab Kings (PBKS) will lock horns in match no. 42 of IPL 2021 at the Sheikh Zayed Stadium, Abu Dhabi on Tuesday. Here is our prediction for the game:

Match 42 of the IPL 2021 edition will see two struggling teams in the form of defending champions Rohit Sharma-led Mumbai Indians (MI) and KL Rahul-led Punjab Kings (PBKS) face each other. The clash will be held at the Sheikh Zayed Stadium, Abu Dhabi on Tuesday evening (September 28).

This will be the evening game, which will start after the end of the afternoon clash between Rishabh Pant-led Delhi Capitals (DC) and Eoin Morgan's Kolkata Knight Riders (KKR) at Sharjah. For MI, the Rohit-led franchise have been struggling in the UAE leg with a hat-trick of defeats. Their manner of losses have also dented their net run-rate as time is running out for the Mumbai Paltans to remain alive in the playoffs race.

On the other hand, the Rahul-led PBKS franchise only have themselves to blame for them languishing at the bottom-half. Despite a narrow 5-run win over Sunrisers Hyderabad (SRH) in their previous face-off, Punjab have to deal with their sheer inconsistency and choking abilities when they take on the field versus the MI outfit. A lot will once again depend on how their openers perform against the MI pacers.

Match prediction: Both sides have had some gruelling encounters in the past. During IPL 2020, both teams were involved in a humdinger of a clash, which resulted in a double Super Over. In overall head-to-head battle, MI lead PBKS by a slender 14-13 margin. Given that MI look down and out in terms of their body language and PBKS will enter this game on the back of a spirited 5-run win, coupled with Mumbai's struggling trio of Ishan Kishan, Suryakumar Yadav and Hardik Pandya, Punjab can emerge out victorious. Well, one can never rule out a champion side like MI but for now, PBKS start as slight favourites.