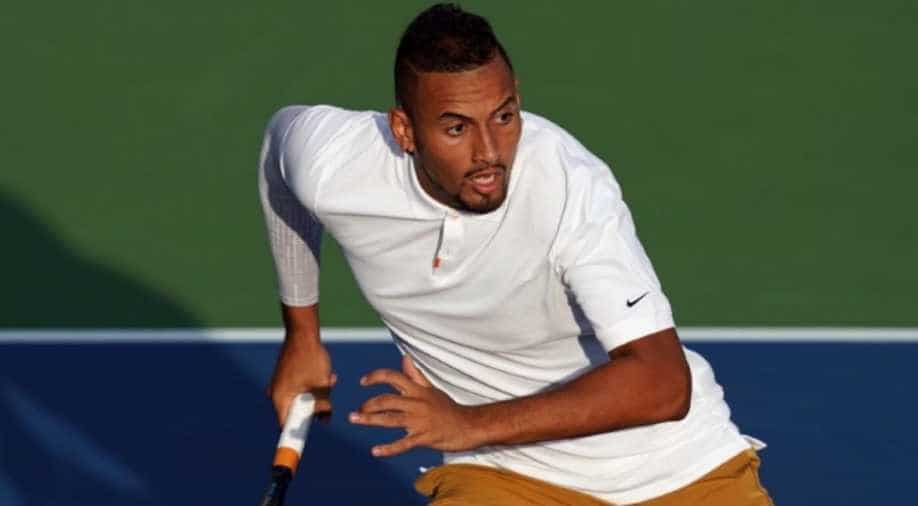 Public support for Kyrgios is arguably at its strongest since 2014 when as a 19-year-old he beat Rafa Nadal at Wimbledon during an exhilarating run to the quarter-finals.

An unlikely hero of his country's bushfire relief efforts, Nick Kyrgios enters the Australian Open on a rare surge of goodwill from a sports-loving public long infuriated by his failure to convert talent into trophies.

For a player branded "polarising" for his long rap sheet of indiscretions, Kyrgios has been a galvanising force in raising funds and awareness as Australia comes to terms with the unprecedented devastation left by the fires.

The 24-year-old has raised thousands off his own racquet after pledging A$200 ($137) for every ace he bashes down in the home summer but it his efforts away from the court that has caught the eye.

I’m kicking off the support for those affected by the fires. I’ll be donating $200 per ace that I hit across all the events I play this summer. #MoreToCome #StayTuned

His appeals on a social media platform boasting over 1.6 million followers have inspired a bigger wave of generosity, nudging celebrities and top athletes from other sports to open their wallets.

Come out in your green and gold in Sydney this Thursday and support #TeamAustralia in the @ATPCup quarter finals at 10am. 🇦🇺 🟢🟡🎾https://t.co/g27WPldXK1

Hearts have also been opened toward Kyrgios, who drew warm applause from the terraces last Wednesday during the "Rally4Relief" charity event at Rod Laver Arena where he broke down in tears when speaking of the toll of the bushfires.

Kyrgios has long had an army of social media detractors poised to take issue with every misstep but he has never had trouble attracting a crowd at Melbourne Park or indeed any tennis event he cares to sign up for.

"All my practices are pretty full. I think people are excited to see me."

"I guess with everything going on, the other stuff outside tennis, maybe that's more what they support rather than my tennis itself," he added of his fundraising efforts.

"Everything I'm doing is just because I care."

Public support for Kyrgios is arguably at its strongest since 2014 when as a 19-year-old he beat Rafa Nadal at Wimbledon during an exhilarating run to the quarter-finals.

He reached the Australian Open quarters the following year but has not been seen in the last eight at a Grand Slam since.

The ensuing five years have had their moments, with six titles and some brilliant wins over the 'Big Three' of Nadal, Novak Djokovic and Roger Federer.

Beating the elite in the best-of-five sets remains a final frontier which many suspect Kyrgios will never achieve due to his aversion to hard training and the constraints that would be placed on him by a full-time coach.

"I think there's a lot of young guys that are right now, no offence, just better than him," world number seven Alex Zverev said of Kyrgios recently.

"It is not a three-set match where you can win in an hour-and-20 and get off the court. To beat the best, you have to play at your best for a longer period of time."

Kyrgios seeded 23rd, will open his campaign against Italy's Lorenzo Sonego on Tuesday, a player he beat in their one previous clash on the Cincinnati hardcourt last year.

The A$200 pledged for every ace he strikes in Melbourne will be deservedly cheered but respect in the locker room may prove harder to come by if he makes another early exit from his home Grand Slam.