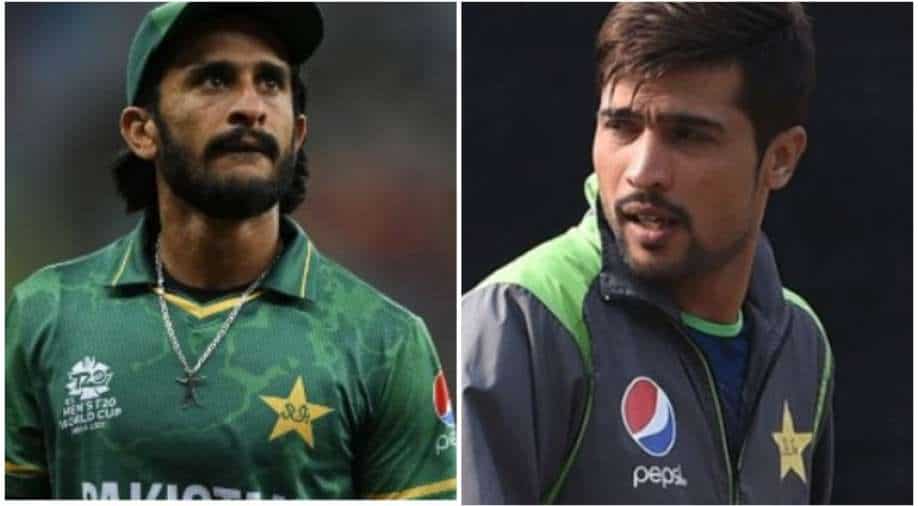 Babar Azam-led Pakistan had a terrific run in the T20 World Cup 2021 edition. However, the Men in Green couldn't replicate their 2009 edition's success and bowed out of the mega event in the second semi-final, losing to eventual winners Australia by 5 wickets.

Being asked to bat first in the semi-final encounter, in Dubai, Pakistan posted a competitive 176-4 riding on half-centuries from Mohammad Rizwan and Fakhar Zaman. However, Australia managed to edge past the Men in Green courtesy Marcus Stoinis-Matthew Wade's unbeaten 81-run sixth-wicket stand. With 20 needed off 10 balls, Wade (41) was given a reprieve as Hasan Ali failed to hold onto a catch before Wade-Stoinis (40*) took Australia home.

Ahead of the Bangla Tigers' fifth encounter in the ongoing Abu Dhabi T10 league, former Pakistan pacer Mohammad Ali backed Hasan Ali as the speedster was trolled mercilessly for dropping Wade's catch, leading to Pakistan's elimination. Thus, Amir hit back at trolls and reflected back on Pakistan's 'proud campaign'.

'We can look at Team India. They were playing in the UAE during IPL 14, however, they couldn't perform'

Speaking in a virtual presser, Amir told www.wionnews.com, "See, one should see in what scenario we went to play the T20 WC. First, the NZ tour got cancelled and then the team management resigned. The new coaches who came were all in one or two months contracts. Taking all this into account, it was a huge achievement on how we played. We can look at Team India. They were playing in the UAE during IPL 14, however, they couldn't perform. So, the ones who were trolling are ones who don't understand cricket. Ones who understand will never troll."

He further added, "Catches are always dropped. Even I have dropped quite a few. That catch (Hasan Ali's drop) wasn't the reason for us losing the semi-finals. We still had to defend 18 to defend off 9 balls so it was due to bad bowling. Yes, there was pressure and Hasan is a good fielder, hence, he usually fields in the hotspots.

You can't troll this team. There were different match-winners in every game so it was a huge achievement and a proud campaign. We should only give credit to the Pakistan team."

Babar-led Pakistan defeated India for the first time in WC history and topped their group (Pool B) being unbeaten before losing the semi-final clash.

Amir is currently part of the Faf du Plessis-led Bangla Tigers in the fifth season of the Abu Dhabi T10 League. So far, the Tigers have won two and lost equal number of games to find themselves in the fourth spot. Amir, who has just recovered from Covid-19, will aim to contribute with the ball for the Tigers and guide them to a win versus Deccan Gladiators on Thursday evening (November 25) in Abu Dhabi.