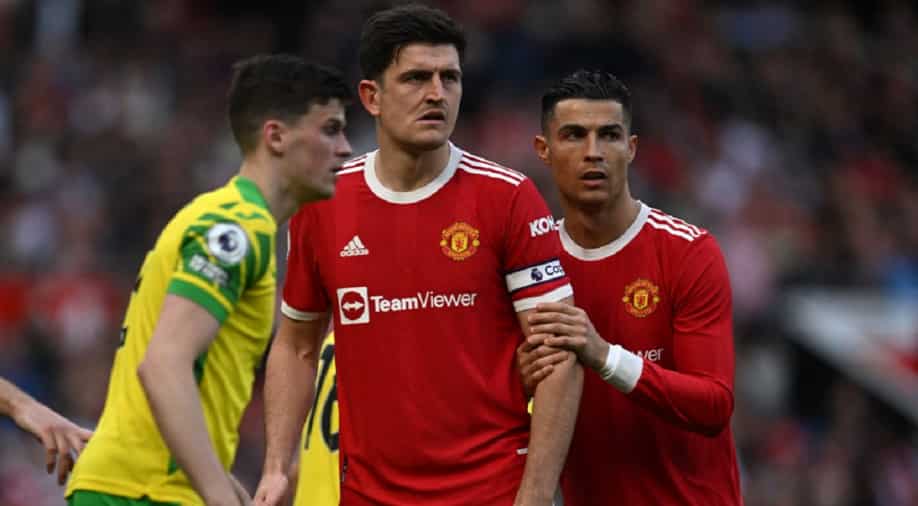 Manchester United captain Harry Maguire has sparked controversy after he liked an Instagram post about Cristiano Ronaldo wanting to leave the club due to a pay cut.

Manchester United captain Harry Maguire has triggered a massive controversy after he recently liked an Instagram post about Cristiano Ronaldo wanting to leave the club due to a wage cut. Ronaldo has already expressed his desire to leave Manchester United this summer over the club's lack of ambition in the transfer market, and his willingness to spend the remaining few years of his career at a top club competing in the Champions League.

Amid reports that Ronaldo is looking for a move away from the club, Maguire's Instagram activity has added more fuel to the fire. The post liked by Maguire was about recent reports claiming Ronaldo is unhappy over Manchester United players set to be handed a 25% pay cut as a result of the club failing to qualify for the Champions League.

A report in the Manchester Evening News claimed that the United players will have to take a wage cut of 25% after the club finished sixth in the Premier League last season to miss out on a spot in the Champions League. The news was reported on Instagram by SPORTbible and was liked by United captain Maguire's official account.

The screenshot of Maguire's like on the post soon went viral on social media with fans bashing the England defender for being unprofessional. As per a report in BBC, Maguire liked the post by mistake and it has been now unliked by his account.

This is genuinely so unprofessional. pic.twitter.com/6wbxqIN4NG

Harry Maguire liked this post, He is United's captain. This team is full of unprofessional players.

It's understandable if Ronaldo leaves. pic.twitter.com/mxNPKJzJAQ

He has so much pride and arrogance for someone who's done nothing in the game pic.twitter.com/hQcTYs8VcS

This comes after a horrendous campaign for Manchester United last season where they failed to finish inside the top four in the Premier League and also failed to make it to the knockout stages of the Champions League while finishing trophyless for another year.

There were reports last season that not all was well between Ronaldo and captain Maguire, as the Portuguese superstar was against the idea of the England defender leading the team. Ronaldo made his return to United from Juventus last year and was one of the best players for the club, scoring 24 goals across all competitions.

However, Ronaldo, in what has been called a 'highly unprofessional move' by several United fans, has failed to turn up at the club's ongoing pre-season amid reports that he wants to leave the club this summer for a team competing in the Champions League.