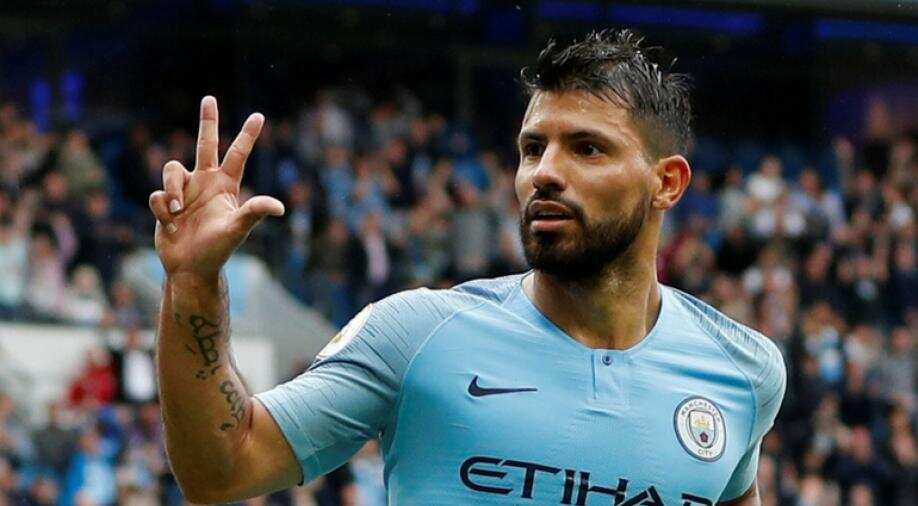 The Argentine has returned to full training after missing the last two matches following an injury in last month's 2-0 Premier League win over Fulham.

The Argentine has returned to full training after missing the last two matches following an injury in last month's 2-0 Premier League win over Fulham.

"He trained with the team for the first time and he feels better," Guardiola told a news conference.

Kyle Walker picked up a minor hamstring injury in Saturday's 1-0 FA Cup semi-final victory over Brighton and Hove Albion but should be ready to play while fellow defender Benjamin Mendy is also in contention.

"They make a recovery... now we'll train. Kyle feels better, we'll see now how he is, and Benjamin recovered well... I think they're contenders for tomorrow if the doctor doesn't tell me the opposite."

Guardiola said he expected Tottenham to stick to their attacking instincts as they look to seal a first European victory in their new stadium.

"We know what we are going to face, up to us how we handle it. We have to know to handle the situations if we don't that's because we are not prepared to go through," the Spaniard said.

"I will give my message to the players, always playing against Spurs away they will always play in that way I can't expect differently.

"How we handle that if they do it we must try to do it more. Maybe they will play high press and aggressive we will prepare for that."