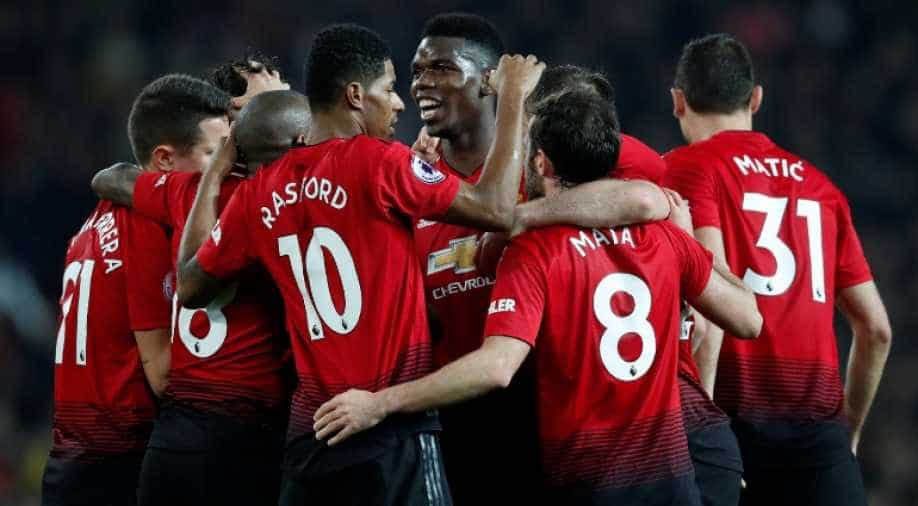 Manchester United vs LASK, Europa League: All you need to know Photograph:( Reuters )

It was their third loss in five league games and Pogba said it was a defeat they could have done without with a top-four spot and Champions League qualification at stake.

Manchester United's players did not respect the club or their fans during Sunday's 4-0 loss at Everton in the Premier League, midfielder Paul Pogba said.

The result at Goodison Park left United in sixth place with four games to go. It was their third loss in five league games and Pogba said it was a defeat they could have done without with a top-four spot and Champions League qualification at stake.

"The way we played and the performance of myself, of the team, of everyone, is disrespectful," Pogba said. "We didn't respect ourselves, the club or the fans.

"It's not good at all what we did. Losing a game is something really bad that we don't want to when we are in the race for the top four and losing 4-0 as well.

"Everything went wrong but the most important thing is the mentality that we put on the pitch, that has to change... What we did on the pitch is not respectful for the teammates, for the staff, for the people, for the kit man, for everyone."

United manager Ole Gunnar Solskjaer warned his players that they must show fight if they are to be a part of his close-season rebuild and he also apologised to fans after the heaviest loss of his short tenure.

Pogba said the only way the squad could apologise to the fans was to give them a reaction on the pitch in their upcoming games. United's next game is a derby when they host title challengers Manchester City on Wednesday.

"The fans want a reaction from the players and the only way to apologise to them is to give everything on the pitch," Pogba said. "Do our best, create chances, score goals, defend, work for the team.

"We can even lose games, but with a good performance and pride on the pitch. When you wear this shirt at this club... you have to work and respect the culture, the history of this club and give everything on the pitch.

"That's how we should apologise to the fans, just to give everything for us, for the club, for the shirt, for the teammates and for ourselves as well because it is us on the pitch and we cannot perform like we did."