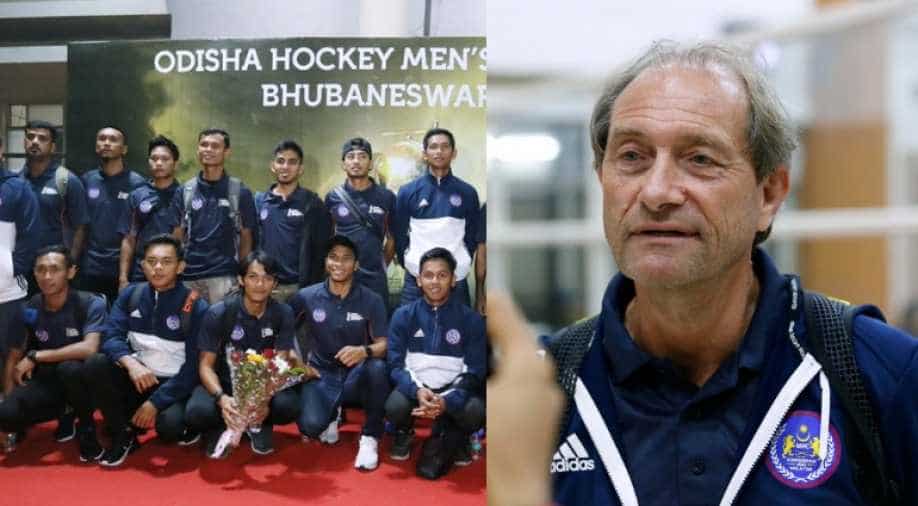 Malaysia has been placed in Pool D with Netherlands, Germany and Pakistan.

Malaysia's head coach Roelant Oltmans believes that his team's recent performances will give them the required confidence to make an impact at the 14th edition of Men's Hockey World Cup 2018.

Recently, Malaysia won bronze at the Asian Champions Trophy after defeating Japan for the third-place match, where India and Pakistan were the champions as they shared the title.

For World Cup, team Malaysia has been placed in Pool D with Netherlands, Germany and Pakistan.

"We understand that we’re in a very difficult pool, so our first aim is to get into the next round," Malaysia head coach Oltmans told to International Hockey Federation after winning bronze at the Asian Champions Trophy 2018.

"We will try to make this happen by performing at the very top of our game. Once we achieve this aim, we will re-set our goals for the next stages," he added.

Over the past few years Oltmans has coached India men, Pakistan men and, for the past few months, has been head coach to Malaysia's Tigers.

He also shared his approach that how the team will prepare for the World Cup.

"It is most important that the players realise from the start, that the competition needs a different approach because of the time between matches - particularly in the opening stages," he said.

Malaysia hockey team has arrived for the tournament at the Odisha on November 25 and under the guidance of experienced coach Roelant Oltmans, the team will look for the podium finish.

Here is the squad of Malaysia hockey team: