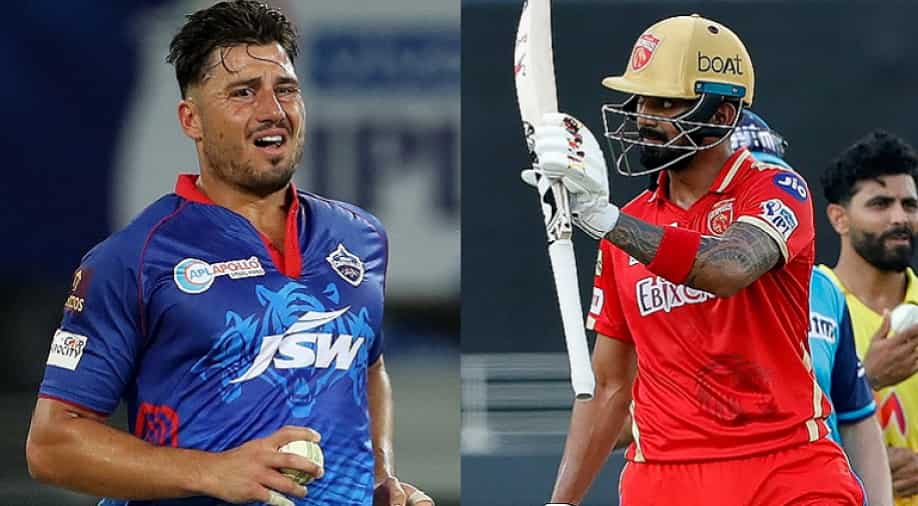 KL Rahul and Marcus Stoinis have joined the Lucknow IPL team ahead of the 2022 season. | Photo - IPL | Photograph:( Others )

The Lucknow IPL franchise has roped in KL Rahul, Ravi Bishnoi and Marcus Stoinis ahead of the IPL 2022 mega auction.

Ahead of the much-awaited Indian Premier League (IPL) 2022 mega auction, the Lucknow franchise has officially unveiled their three picks from the players draft. The Lucknow team has roped in India's limited-overs vice-captain KL Rahul, Australian all-rounder Marcus Stoinis and young uncapped Indian spinner Ravi Bishnoi ahead of the auction.

While Rahul has been roped in as the top pick of the franchise for a whopping sum of Rs 17 crore (INR 170 million), Stoinis and Bishnoi will be earning Rs 9.2 crore (INR 92 million) and Rs 4 crore (INR 40 million) respectively. Both Rahul and Bishnoi were part of the Punjab Kings side in the IPL 2021.

Rahul is all set to be appointed the captain of the Lucknow IPL team and will be leading the side in their debut IPL campaign this year. Rahul has been one of the most consistent performers with the bat in the IPL over the years and has been among the top run-getters in the last few seasons.

With 626 runs from 13 matches for Punjab Kings last season, Rahul was the third-highest run-getter in the IPL 2021. He has so far been part of the Royal Challengers Bangalore, Sunrisers Hyderabad and the Punjab Kings teams in his IPL career.

Also Read: Rahul's impact as a batter diminishes when he captains, he should learn from Kohli: Sanjay Manjrekar

The stylish right-hander has played 94 IPL matches and has amassed 3273 runs at an average of over 47 and a strike rate of over 136. With the lack of quality pace-bowling all-rounders in the league, Stoinis is also a cleaver pick for the Lucknow team.

The Australian all-rounder has enjoyed a rich vein of form in T20 cricket over the last few years and can be a great asset for the team. He was part of the Delhi Capitals squad last season and has 914 runs, and 30 wickets to his name in 56 IPL matches so far.

Bishnoi is regarded as one of the most promising young spinners in the country at present and has been impressive in the IPL since making his debut in 2020. He has 24 wickets to his name 23 IPL matches so far.