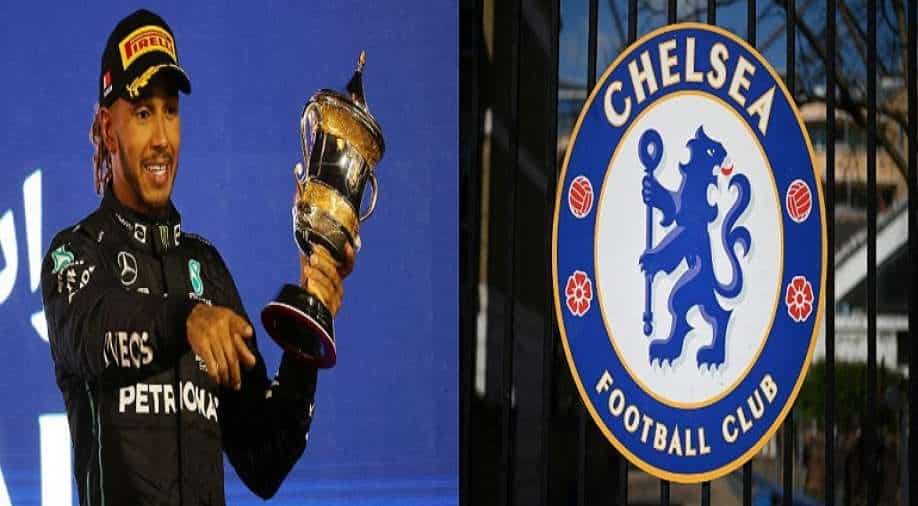 Lewis Hamilton is part of a consortium looking to buy Chelsea Photograph:( AFP )

Lewis Hamilton has been a long-time fan of Arsenal and as a result, his bid to buy city rivals Chelsea created a lot of buzz among supporters of both clubs on the internet.

Seven-time Formula One champion Lewis Hamilton has confirmed that he is part of a consortium headed by Sir Martin Broughton who are looking to acquire Premier League club Chelsea.

According to Sky News, Hamilton along with tennis legend Serena Williams are part of the consortium and they have each committed £10 million to the takeover bid after current owner Roman Abramovich was sanctioned by the British government due to his proximity to Vladmir Putin.

Hamilton has been a long-time fan of Arsenal and as a result, his bid to buy city rivals Chelsea created a lot of buzz among supporters of both clubs on the internet.

"When I was young, around the corner from where I lived, I used to play football with all the kids and a couple of my close friends at the time, and I really wanted to fit in. I was the only kid of colour there.

"All the kids supported someone different - one was Tottenham, one was Man United and I remember switching between these teams when I was younger and when I'd get home my sister punching me several times in the arm, and saying, 'you have to support Arsenal.'

"So, I remember at five, six years old I then became a supporter of Arsenal but my uncle Terry is a big Blues fan, so I've been to so many games with him to watch Arsenal and Chelsea play."

Hamilton also explained his vision for the club if the consortium is successful in its bid.

"It's all about the community. That's what really makes a football team, the people in and around it.

"They've been quite leading in their work, becoming more diverse and progressive. It's not that we're associating ourselves with previous owners, our goal is to continue the work they've already done, having more of an impact and engaging more with the community," he concluded.