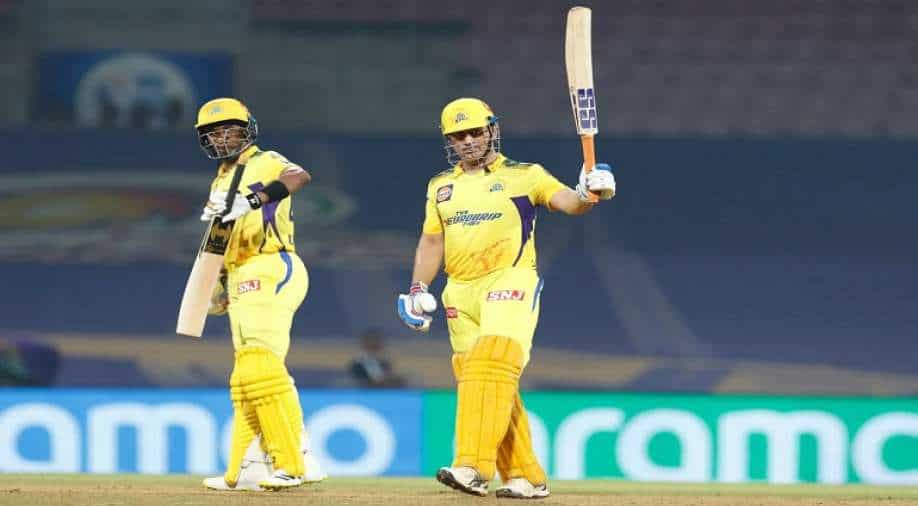 With Chennai Super Kings in trouble after losing seven wickets, it was all down to MS Dhoni to guide them to victory and his 13-ball-28 was just what the doctor ordered for CSK.

It was a trademark performance from MS Dhoni as he played the role of a finisher to perfection as Chennai Super Kings registered a three-wicket victory over Mumbai Indians on Thursday.

With the defending champions in trouble after losing seven wickets, it was all down to the veteran to guide them to victory and his 13-ball-28 was just what the doctor ordered for CSK.

With 17 runs needed from the final over, MI captain Rohit Sharma handed the ball to Jaydev Unadkat with Dwayne Pretorius on strike along with MS Dhoni. Although it was not a mammoth task, CSK were staring at another defeat with no more specialist batsmen to come after the duo.

The over could not have started worse for CSK as Pretorious was trapped LBW on the very first ball. The umpire thought it was not out but the DRS showed that the ball pitched inside the line of the stumps and was hitting leg stump. On the second ball, new batsman Dwayne Bravo took a single to put Dhoni in strike with 16 runs needed to win from the remaining four deliveries.

The third ball was a cross-seamed delivery in the slot from Unadkat and Dhoni heaved it straight over the bowler’s head for a boundary. The next delivery was a slow bouncer but it once again proved to be perfect for Dhoni as he scooped it over short fine leg for a boundary.

ICYMI - Final over finesse: An MS Dhoni masterclass seals it for #CSK.

6 runs to win from 2 balls – The stage was perfect for Dhoni and on the fifth delivery, he played the ball with soft hands towards the mid-wicket region and completed two runs to retain strike.

With four runs needed in the final ball, Jaydev Unadkat went for a low full toss but Dhoni was up for the challenge. He shuffled across and played the ball fine past the short fine leg fielder for a four.

It was vintage Dhoni on display once again as CSK registered their second win of the competition but things got worse for MI as they slumped to their seventh successive loss.

Serena Williams vs Harmony Tan live streaming: When and where to watch Wimbledon clash in India?