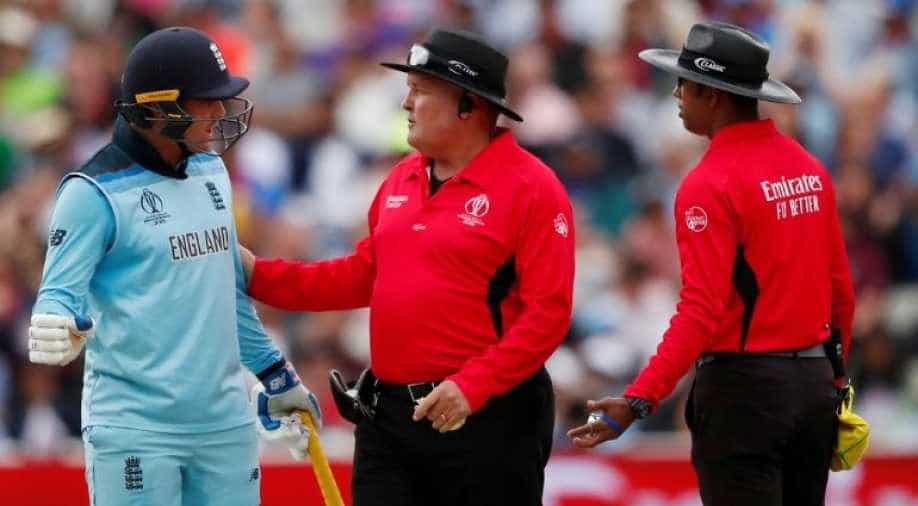 Sri Lankan umpire Kumar Dharmasena has been appointed to stand in the World Cup final between England and New Zealand at Lord's on Sunday despite finding himself involved in a controversial incident with home batsman Jason Roy.

The Surrey opener had made 85 to set England on their way to an eventual eight-wicket win against Australia in Thursday's semi-final at Edgbaston, when he was given out caught behind down the legside by Dharmasena.

Roy requested a review but England had already used their lone review of the innings.

Nevertheless, Dharmasena incorrectly signalled for a review, with Australia pointing out his mistake.

Roy, his arms spread wide, clearly believed Dharmasena should have signalled a wide delivery instead and the audibly furious batsman had to be ushered away from the crease by square-leg umpire Marais Erasmus.

Replays suggested he did not touch the ball.

The England star, 28, was fined 30 per cent of his match fee for showing dissent and received two demerit points from match referee Ranjan Madugalle.

That took his tally for the World Cup to three but match bans only kick in when a player collects four demerit points in total, leaving Roy available to feature on Sunday as England bid to win the World Cup for the first time.

South Africa's Erasmus will be the other onfield umpire in the final, with experienced Sri Lankan official Madugalle once again the match referee.

But in a change from the Edgbaston line-up, Australia's Rod Tucker will be the third umpire instead of New Zealand's Chris Gaffaney, who was ruled out of officiating in the showpiece match once the Black Caps beat India in Wednesday's first semi-final at Old Trafford.