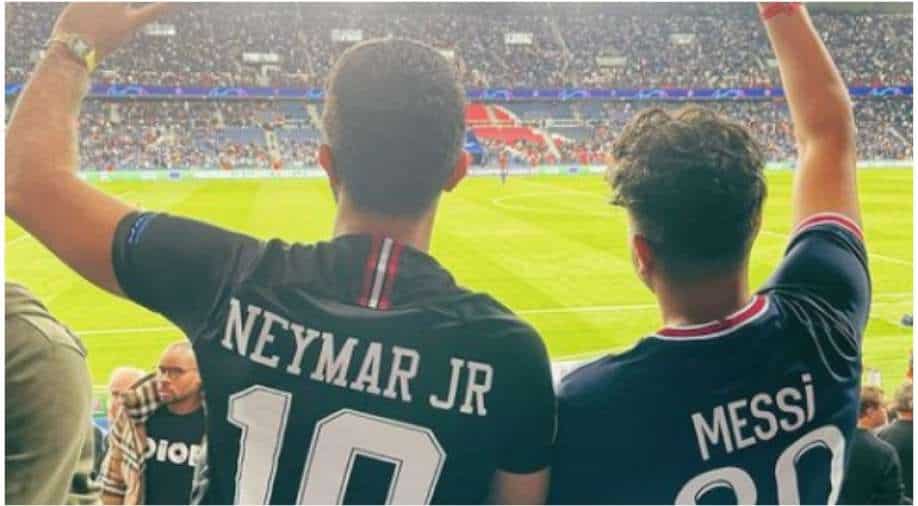 Out-of-favour Indian spinner Kuldeep Yadav showed up in Paris to watch the UEFA Champions League match between Lionel Messi-starrer Paris Saint Germain and RB Leipzig, on October 20 (Wednesday) at the Parc des Princes. The match lived upto expectations as it went down the wire where Lionel Messi starred for PSG to take them to a thrilling 3-2 win, overcoming a 2-1 deficit at the start of the final half.

PSG got off to a flier as Kylian Mbappe scored the first goal within ten minutes of the start of play. Andre Silva, of RB Leipzig, levelled the scores before the first-half whereas Nordi Mukiele made it 2-1 in favour of RB Leipzig. Messi, however, came to his usual best in the end moments of the clash and his twin strikes saved Neymar-less PSG as they bounced back in style to claim the match 3-2, on matchday 3 of the group stage in UEFA Champions League.

Kuldeep, who is a football fanatic like most of the Team India players, shared pictures from his visit to the stadium -- where he witnessed an absolute thriller. He captioned the post, "Paris est magique #PSGRBL". Here's what he posted:

Talking about Kuldeep, he wasn't part of the Kolkata Knight Riders' (KKR) playing XI in the first leg of IPL 2021, played in India. The wrist-spinner got injured and returned back to India during the second and final leg, in the UAE, of the recently-concluded 14th edition. He underwent a knee surgery last month and will be looking to make a strong comeback in India's XI across formats.

Team India, on the other hand, is currently in the UAE and gearing up for their tournament-opener in the T20 World Cup 2021.