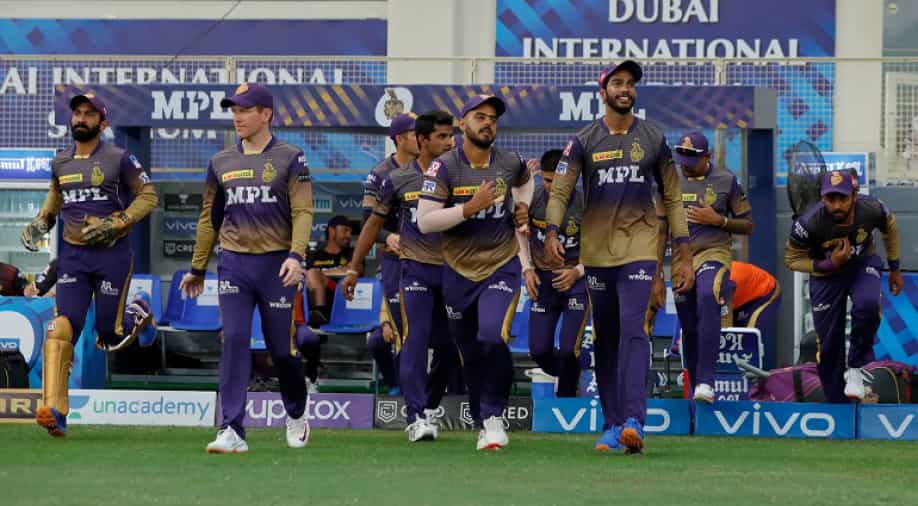 KKR had reached the final of the Indian Premier League 2021 season but lost against eventual champions Chennai Super Kings at the Dubai International Stadium in Dubai to miss out on their second league title. Not many had expected KKR to make it to the playoffs after a disappointing show in the first leg of the tournament.

However, the Eoin Morgan-led side, which managed only two wins in their first seven games, bounced back with five wins in their next seven matches to make it to the top four and reach the final. However, KKR have released Morgan, who led them to their first final since IPL 2014.

Russell has been retained by KKR as the first-choice player and will be drawing a salary of Rs 16 crore (INR 160 million) for the next three seasons. Chakaravarthy, who picked up an impressive 18 wickets in the IPL 2021 has been kept by the two-time champions.

Iyer has had a remarkable rise and has been retained by KKR as their third-choice player for a whopping Rs 8 crore (INR 80 million). Iyer had a sensational debut campaign for KKR last season as he took the second leg of IPL 2021 by a storm with his all-round performances.

Iyer scored 370 runs and picked up three wickets in ten matches for KKR last season and was expected to trigger a bidding war had he gone to the auction pool. However, he has been kept by KKR, who have let go of promising young talent Shubman Gill to retain the all-rounder.