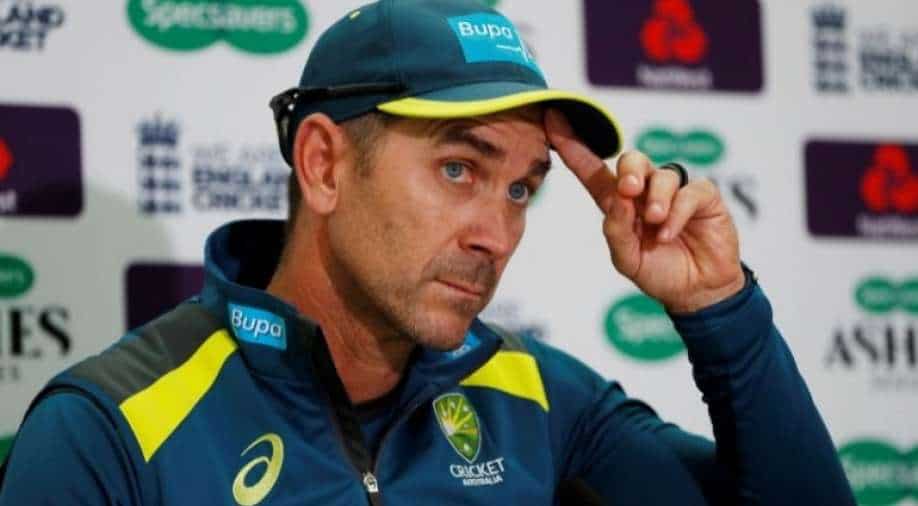 This is a file photo of Justin Langer. Photograph:( Reuters )

Speaking for the first time since the scandal, Langer told reporters: "When I saw him, he's obviously shattered with what’s happened"

Australia coach Justin Langer called former Test captain Tim Paine one of his "really close friends" - someone whom he admire "enormously" and added that the player is "shattered" after the sexting scandal. The coach has not ruled out a return to international cricket adding that he is "very sad with what's happened".

Recently, Paine resigned as the Test captain over sending inappropriate text messages to a former female colleague in 2017. He said that his actions do not meet the standard of an Australian cricket captain.

Australian team's preparations for the Ashes series were disrupted because of the scandal as he announced to quit the captaincy and said he would be taking an indefinite mental health break from the game.

Speaking for the first time since the scandal, Langer told reporters: "When I saw him, he's obviously shattered with what’s happened. He has been such an exemplary figure in Australian cricket for the last four years particularly."

"His life has changed, obviously. But you'd have to ask him how he's going. It was important to see him, we talk about looking after our boys and having each other’s backs. It was a no-brainer for me to go and see him," Langer said.

"He's one of my really close friends and someone I admire enormously. Certainly, in this generation of players, he's one of the best people I've met in the game of cricket," he said.

"He's been our captain for a long time, he and I have been through a journey like we have with all of this group. He's one of the best people I've met in cricket, so it was nice to go down and see him," Langer added.