Joe Root was doing so much behind the scenes, players let him down: England pacer Mark Wood 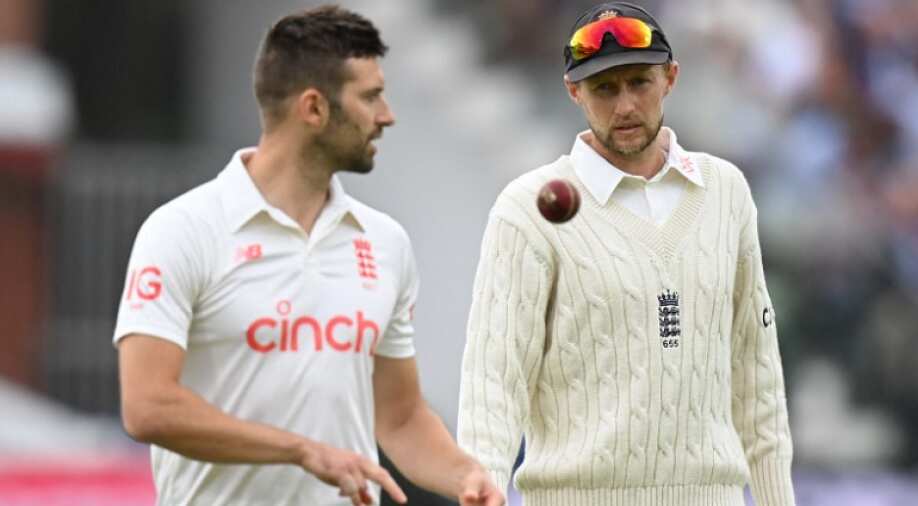 England pacer Mark Wood recently shared his views on Joe Root's resignation as the Test captain of the side and admitted players let the former skipper down.

England pacer Mark Wood believes players let down Joe Root as captain which led to him resigning from the post of England's Test skipper earlier this year. Calls for Root's sacking had grown after England lost a Test series against West Indies away from home to continue their woeful run in the longest format.

Root's decision came after a string of poor results for the England team in Tests both at home and away from home. England lost against New Zealand and India at home last year followed by a crushing 4-0 defeat against Australia in the Ashes 2021-22 Down Under. The defeat against West Indies came as the final nail in the coffin.

While Root was blamed by many for his poor leadership qualities and failure to inspire the side to bounce back from the poor run, Wood believes players too had a role to play in his decision to resign. Wood said there was a lot that Root was doing behind the scenes which went unnoticed.

The pacer also went on to reveal how Root would stay back to help him when Wood would bat in the nets. The England fast bowler said Root had done almost everything he could but the results were not going England's way in the longest format.

"I actually did really well under Joe's captaincy myself. He gave me an opportunity, even with injury, he could have quite easily have said, 'no, that’s enough'. But he's stuck with me and gave me a clear plan," Mark Wood told the Mirror.

"I felt like we let him down quite a bit. He was doing so much behind the scenes that people don't see. You know, getting coaches trying to change training. He was staying behind when I was batting the net.

"He would stay behind and work on batting with me after his net. He was doing so much with trying to get it right, the culture of the team, he was getting people in to do sessions and he did everything he could to try and improve the results but it just wasn't happening," he added.

Also Read: '156 will go for 256 off the bat': Ravi Shastri issues warning to Umran Malik as RCB thrash SRH

Root has been replaced by star all-rounder Ben Stokes as the captain of the England Test team. Stokes has been one of the regulars for England across all formats and is easily one of the best all-rounders in the world at present. Wood admitted he didn't want Root to resign but is hopeful of Stokes doing a great job as captain.

"I didn't want that to happen to him. I really did believe he would turn it around, but it's exciting now having Stokes — I think he will do a great job," said Wood.