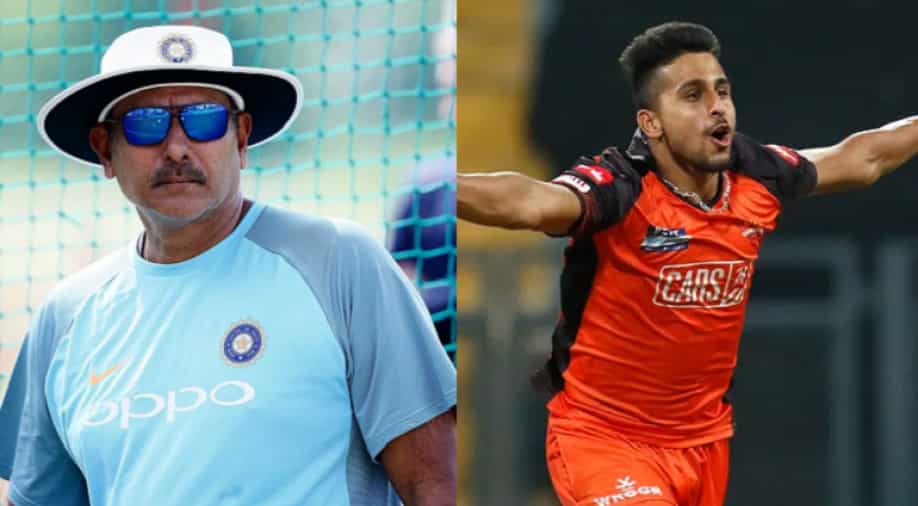 Former India head coach Ravi Shastri has issued a warning to Sunrisers Hyderabad pacer Umran Malik after he was taken to the cleaners by RCB batters in IPL 2022 on Sunday.

Umran Malik has been one of the finds of IPL 2022 for Sunrisers Hyderabad (SRH). The 22-year-old pacer has taken the season by a storm with his raw pace. He had started the season on an emphatic note and showcased great improvement as the tournament progressed. Umran was consistently clocking over 150 kmph and was rattling batters with his pace.

However, his form has dipped in the last few matches as he has failed to pick up wickets and has been taken to the cleaners. Ahead of his side's clash against Royal Challengers Bangalore (RCB) on Sunday (May 08), Umran was wicket-less and had conceded as many as 100 runs in just two matches.

He was expected to bounce back and deliver against RCB but his woeful run continued as the youngster ended up conceding 25 runs in just two overs. He was not allowed to complete his quota of 4 overs as RCB went on to post a strong total of 192 runs on the board in 20 overs.

SRH failed to chase down the target and were bundled out for 125 runs as they lost the game by 67 runs to suffer their fourth defeat in a row. Former India head coach Ravi Shastri has issued a warning to Umran following his poor show against RCB and advised him to also focus on the right areas to bowl and not just use his pace.

Also Read: 'Not a big fan of maths': Dhoni gives cheeky response on CSK's chances of qualifying for IPL 2022 playoffs

When asked what should Umran do to get more control on his bowling, Shastri said getting the ball in the right areas and using variations to surprise the batters will help the young pacer improve.

"When someone tells him on his face it's all good to have 156, it's exciting, it's brilliant, we all love it, you have a great future, you're going to play for India very soon. But if you don't get it right that 156 will go for 256 off the bat. And that is exactly what is happening," said Shastri.

"The pace is good, but you got to get it in your mind that you have to get it in the right areas. Otherwise, just hold yourself back and use that space sparingly, to surprise the batter. Those kinds of thoughts should go through your mind," Shastri advised the youngster.

Also Read: Umran Malik to Mohsin Khan: Young Indian pacers who have set the stage on fire in IPL 2022

Umran has now gone wicket-less in three matches for SRH this season and has so far picked up 15 wickets in 11 games for the team. While he has averaged 24.26, his economy rate is poor at 9.10. The youngster is still a work in progress and has a long way to go to realise his full potential with the ball.