'Not a big fan of maths': MS Dhoni gives cheeky response on CSK's chances of qualifying for IPL 2022 playoffs 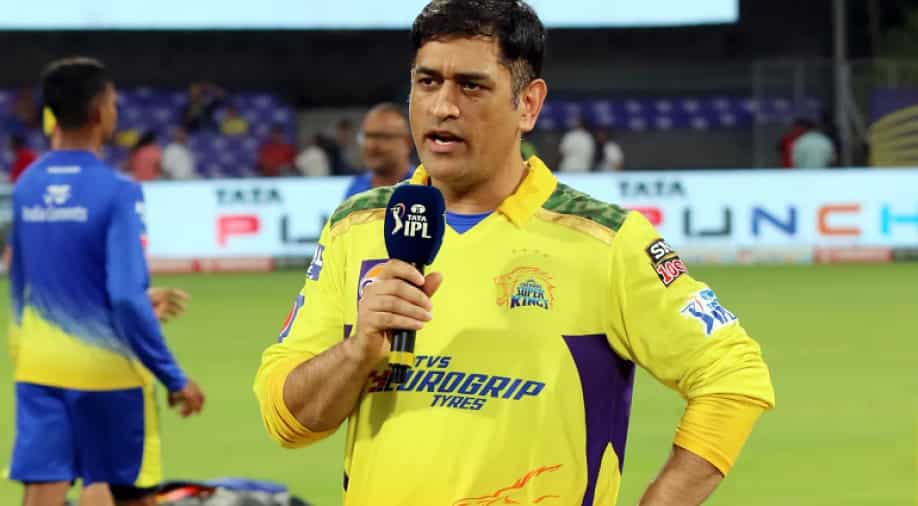 Chennai Super Kings (CSK) thrashed Delhi Capitals (DC) by 91 runs to earn a resounding win in the ongoing Indian Premier League (IPL) 2022 on Sunday (May 08). Devon Conway and Moeen Ali starred with the bat and the ball respectively as CSK bagged their fourth win of the season to keep their playoffs hopes alive.

CSK had lost as many as six out of their first eight games in IPL 2022 getting off to a disastrous start before all-rounder Ravindra Jadeja decided to step down from captaincy and hand back the reins to MS Dhoni. Dhoni has since guided the defending champions to two wins in three games and has been marshalling his troops to perfection once again.

However, CSK's chances of making it to the playoffs still hang by a thread as they only have eight points in eleven games so far this season. They have three matches remaining in the competition and can reach a maximum of 14 points if they manage to win all three games. However, 14 points might not be enough to see them qualify for the top four.

Royal Challengers Bangalore and Rajasthan Royals both have 14 points each so far in the tournament and if both teams manage to win one game each, CSK will be knocked out of the tournament. Following their dominant win over DC on Sunday, CSK skipper Dhoni was asked about his team's chances of making it to the playoffs this season.

Dhoni, who is one of the most successful captains in the history of IPL, gave a cheeky response and said he is not a big fan of maths since his school days. Dhoni said he would like CSK to take one game at a time and advised the players to enjoy themselves rather than worrying about the permutation and combination.

"One (game) at a time is good enough. I am not a big fan of maths. Even in school, I wasn't good at maths. You write your own fortune," said the CSK skipper.

"What is important is to always be at your best. No point thinking as to this team needs to beat some other team, run rate ... it just adds pressure. Just turn up for your game, plan well, execute your plans, look to win the game and enjoy the rest of the IPL matches. You don't want to take pressure. Two other franchises are playing and you are under pressure. Enjoy the IPL; it's good. If it happens, it happens," he added.

Dhoni also stated that it won't be the end of the world for CSK if they fail to qualify for the playoffs this season and that the four-time champions should rather look at finalising the combinations while keeping the next season in mind. Dhoni believes the remaining three matches in IPL 2022 can be an opportunity for CSK to identify players for next season.

"What's more important is to make the most of the three games. See what are the combinations that really work, who can feature at what positions. Start planning for next year. If you qualify for the playoffs, very good. But if not, not the end of the world," said the CSK skipper.

CSK will face Mumbai Indians, Gujarat Titans and Rajasthan Royals in their remaining three matches of the season.