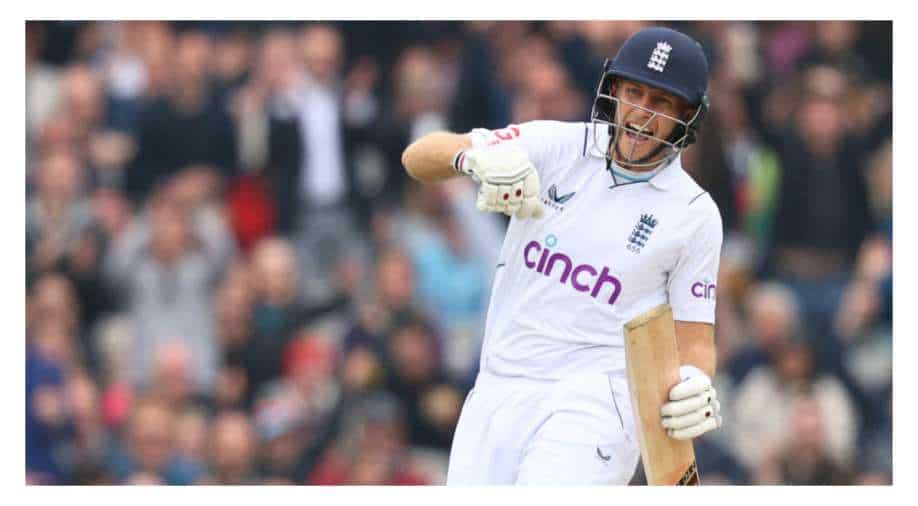 "Joe Root has left other three batters from Fab Four from behind" Photograph:( AFP )

England and New Zealand were involved in a humdinger of a clash when both sides met each other in the series opener of the three-match Test series at Lord's last week. In a riveting clash, Kane Williamson-led New Zealand set up a challenging 277-run target for the Ben Stokes-led hosts, after being dismissed for 132 in the first essay, and had reduced the home team to 69/4 before former skipper Joe Root's sublime 115 rescued England and took them to a memorable five-wicket win over the Kiwis.

Despite giving up the captaincy in the format, Root continued to lead the charge with the bat and his 26th Test ton also helped him reach the 10,000-run mark in Tests. He became the second Englishman, after Sir Alastair Cook, and 14th batsman overall to achieve the illustrious feat. Such has been Root's form that he has amassed 2192 runs including 9 centuries in the last 18 months, whereas his competitors such as Virat Kohli, Williamson and Steve Smith haven't hit a single ton since early January 2021.

Thus, former Indian stumper Saba Karim lavished huge praise on Root. In a discussion on India Ahead, Karim stated that Root's consistency has brought him way ahead of the other three batters in the Fab Four. "He has gone far ahead. Joe Root has left the other three batters far behind in the last two years. Whether we talk about consistency, technique or temperament, in all these aspects Joe Root is above everyone at the moment."

"And we are not discussing one more thing, that if we see England's batting, other than Root, we are not seeing any other name coming to the forefront. It means Joe Root has single-handedly scored runs and hit centuries, he has not got any support from the other end," Karim added.

Root will be eager to continue in a similar stead and guide England to an unassailable 2-0 lead in the three-match series when the second and penultimate Test starts on June 10 at Trent Bridge, Nottingham.