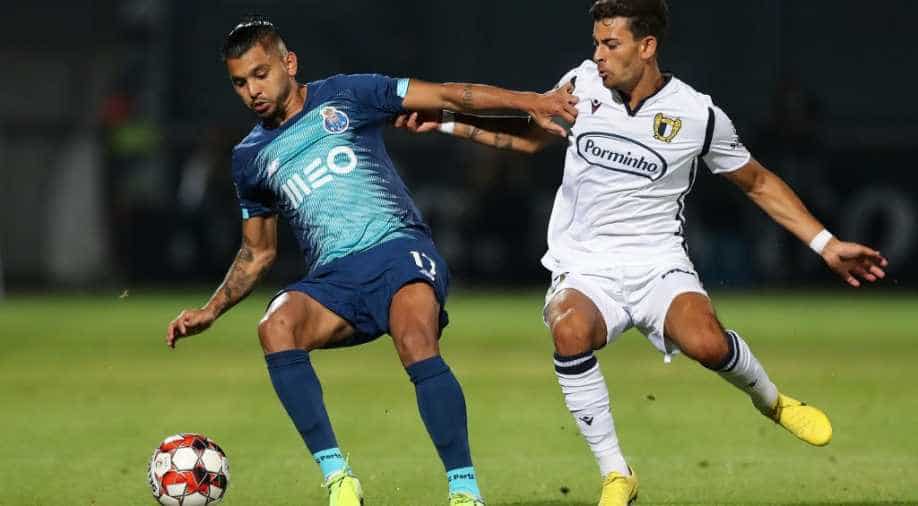 Famalicao took the lead right after the second half kicked off, in the 48th minute, as Martins found the back of the net. However, football fans watching over, went crazy on social media after FC Porto’s Mexican forward Jesus Corona equalized for  FC Porto in the 74th minute.

The Portuguese top-flight football league – Primeira Liga – resumed services on June 3 as clubs returned back to action after a prolonged break due to COVID-19. FC Porto, one of the most decorated teams in Portugal, resumed their hunt for the title against Famalicao but failed to bag the three points as the hosts won the match 2-1.

Famalicao took the lead right after the second half kicked off, in the 48th minute, as Martins found the back of the net. However, football fans watching over, went crazy after FC Porto’s Mexican forward Jesus Corona equalized for the visitors in the 74th minute.

Netizens were quick to spot the name and to social media platform Twitter to express their surprise and amazement. One fan wrote: “You can’t make this up”.

Reactions soon flooded in and the name of the Porto forward started trending on Twitter.

Porto’s first goal back since lockdown was scored by...

Tonight was FC Porto’s first game since the Coronavirus outbreak. Guess name of their goalscorer?

Jesus Corona... 2020 is a script! pic.twitter.com/ebaJoK5kqO

Who scored FC Porto’s first goal in their first game after the enforced break due to Coronavirus?

And great gesture from their sponsor Super Bock. They replaced their name with “Super Doc” to pay tribute to all the doctors & nurses on the frontline. pic.twitter.com/dbeLFS2P7v

When you see that Porto’s first goalscorer post-lockdown is called ‘Jesus Corona’... pic.twitter.com/dIQVClZCJA

However, Jesus Corona’s effort went in vain as Pote scored the winner for Famalicao in the 78th minute to bag all three points for his club to take them to the fifth spot in the league standings. With the win, Famalicao moved to fifth in the table whereas FC Porto were joint-second with Benfica with 60 points each after 25 matches.