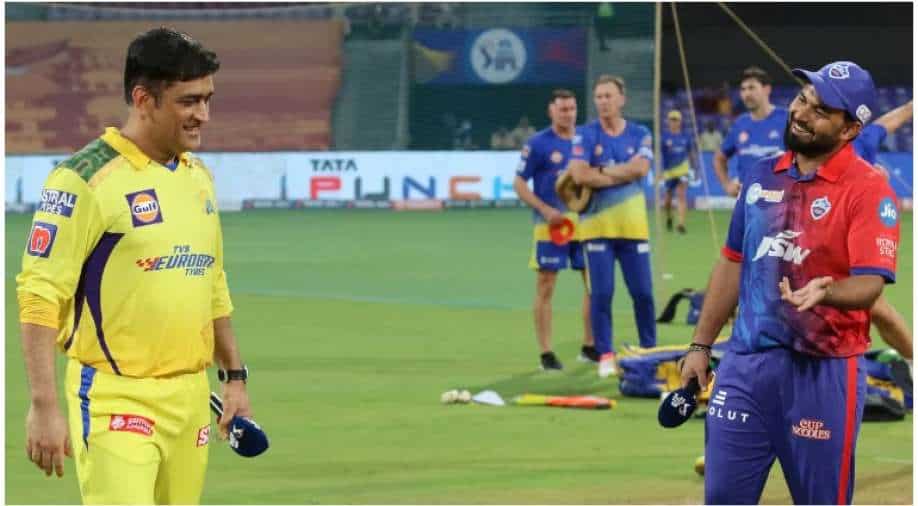 It's unfair for Rishabh Pant to be compared with MS Dhoni, says Sourav Ganguly (Photo - IPL) Photograph:( Others )

BCCI chief Sourav Ganguly has urged people to not compare Rishabh Pant and MS Dhoni during the IPL 2022 playoffs on Tuesday evening (May 24).

At the time of MS Dhoni's sabbatical, post the 2019 ODI World Cup, many had their doubts about Rishabh Pant's abilities and whether he would be able to fill in the humongous shoes of the former. Nonetheless, the 24-year-old Pant has stepped up his game since late 2020 and is now raising his stature slowly and steadily for India across formats.

Hence, Pant is already India's first-choice keeper-batter in all forms of the game and is now even being trusted with leadership roles. Thus, the left-hander has served as India's vice-captain in the recent home series and has been named as KL Rahul's deputy in the forthcoming home T20Is versus South Africa. Moreover, he is handling captaincy duties for the Delhi Capitals (DC) in the IPL as well. Thus, comparisons are bound to happen between Pant and his idol Dhoni.

Nonetheless, BCCI chief and former Indian captain Sourav Ganguly have urged the people to refrain from making 'unfair' comparisons between Pant and Dhoni.

"Don't compare Pant with MS Dhoni. Dhoni has so much experience, has captained 500-plus games in IPL, Tests and ODIs. So it's not fair for Rishabh to be compared with Dhoni," Ganguly told reporters before Qualifier 1 of IPL 2022, where Rajasthan Royals lost to Gujarat Titans at the Eden Gardens in Kolkata on Tuesday (May 24).

Talking about Pant, he ended IPL 15 with 340 runs at a strike rate of 151. Under him, DC ended at the fifth spot and missed out on qualifying for the playoffs with a defeat at the hands of bottom-ranked Mumbai Indians (MI) in their last league stage encounter. Pant will now shift his focus on the India-SA  home series, which gets underway on June 09.