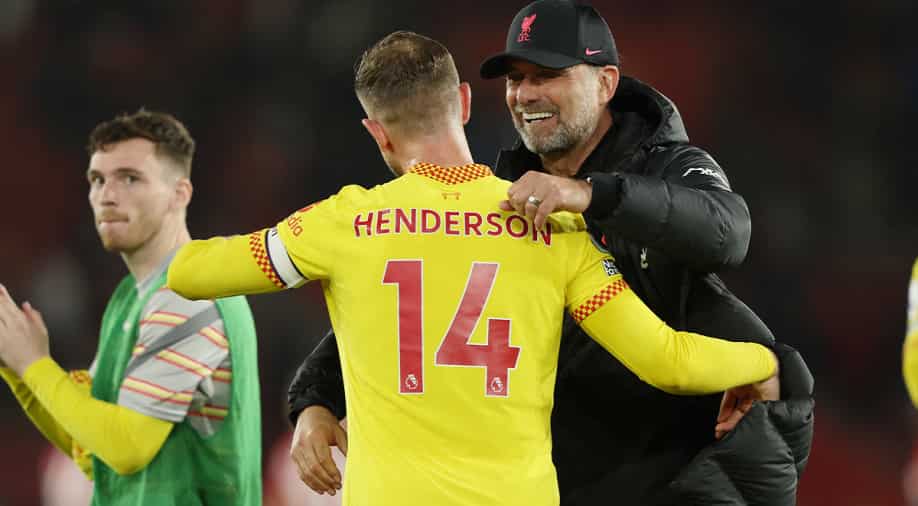 Liverpool manager Jurgen Klopp compared his players to Ferraris after his team managed to beat Southampton 2-1 despite nine changes in the playing XI.

Liverpool proved why they are known as 'mentality monsters' after thrashing Southampton 2-1 despite playing with a second-string playing XI. Liverpool manager Jurgen Klopp made as many as nine changes in the playing XI against Southampton from their FA Cup final against Chelsea last week.

It was a crucial game for Liverpool as they are still pretty much alive in the Premier League title race. It was a must-win situation for Klopp's Reds after Manchester City dropped points in their frustrating 2-2 draw at West Ham, allowing Liverpool to close the gap on top of the table.

Klopp fielded a second-string XI with a number of players, who had not enjoyed regular football this season. Southampton took the lead through a goal from Nathan Redmond in the 13th minute and it looked like Klopp's decision to field a second-string side might have backfired. However, Liverpool came from behind to win the game 2-1 and bag all three points.

Post the game, Klopp was asked about the decision to make a staggering nine changes in the team and the Liverpool boss responded by giving credit to his players. He also compared them to Ferraris stating that they all delivered when called upon despite having not featured regularly.

"After making nine changes, if it didn't work out it was my responsibility, now it worked out it's the boys' responsibility. I thought they did exceptionally well," Klopp said after Liverpool's win.

"I'm so happy about the performance. It was a bit touching. It's like having Ferraris in the garage," he added.

After Liverpool went behind in the 13th minute, Takumi Minamino equalised for them in the 27th minute before a towering header from Joel Matip secured a thumping 2-1 win for the Reds, who were without the likes of Mohammed Salah, Sadio Mane and Virgil Van Dijk among others.

With their 2-1 win over Southampton, Liverpool closed the gap on City at the top and are now only one point behind the league leaders with one game in hand. Manchester City have 90 points to their name and will play Aston Villa in their final game of the season while Liverpool will take on Wolves in their last encounter.

Liverpool have taken the Premier League title race down the wire with their convincing victory but their fate lies in the hands of Manchester City. If City drop points against Villa, Liverpool can go on to win the Premier League 2021-22 title with a win against Wolves in their last game. However, the chances of City dropping points are slim.

Klopp said it is tough for his players to digest the fact that they might fall short by just one point and end up losing the title to City but they have produced an exceptional fight till the end.

"It is really tough for the boys, but whatever happens this year happens because of this group. It is exceptional and tonight they showed it again," said Klopp.