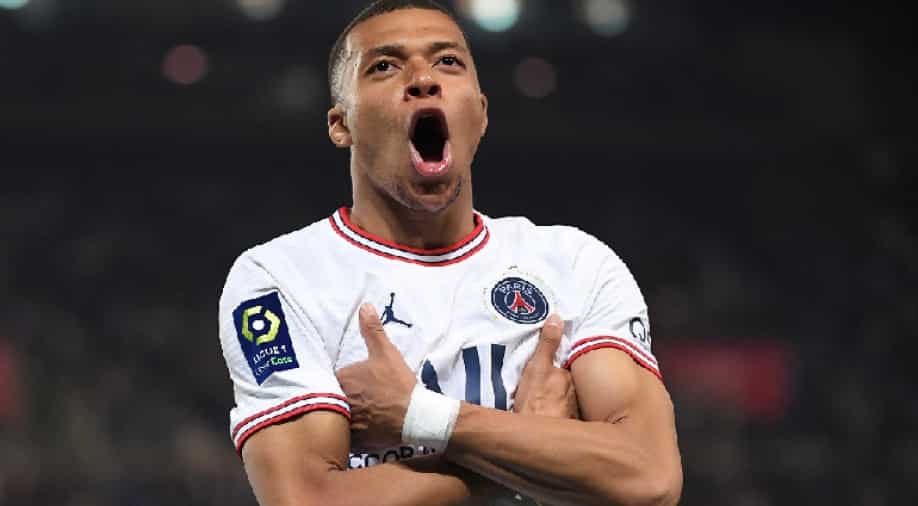 Kylian Mbappe is set to secure a switch to Real Madrid this summer. Photograph:( AFP )

Paris Saint-Germain superstar Kylian Mbappe has reportedly agreed terms with Real Madrid and is set to seal his move to the La Liga giants this summer.

The biggest transfer saga of the summer is likely to come to an end this summer as Kylian Mbappe has reportedly agreed terms with Real Madrid and is all set to join the La Liga giants after his contract with Paris Saint-Germain expires in June. Mbappe has been keen on a move to Madrid for a long time now and is now close to completing his dream switch to the Los Blancos.

As per a report in GOAL, Mbappe has agreed terms with Real Madrid, who tried to sign the French striker last summer with a staggering bid of around 180 million Euros which was turned down by PSG. PSG were optimistic about tying down Mbappe to a new contract, however, their efforts seem to have gone in vain.

PSG's decision to keep Mbappe last summer has backfired immensely as the club is now set to lose him on a free transfer this year. Mbappe's contract will expire in June making him a free agent which will see PSG receive nothing for letting their prized possession leave the Parc des Princes.

PSG have made several desperate attempts to convince Mbappe to sign a new contract but the French striker has refused to accept their offer with negotiations between the two parties coming to a halt now. As per GOAL, Real Madrid have agreed terms with Mbappe after 4-month long negotiations with the superstar striker.

Also Read: Liverpool interested in Mbappe but will not get drawn into transfer battle, says Jurgen Klopp

One of the best talents in world football at present, Mbappe has proven himself at the highest level for a number of years now despite being only 23. While he has won several titles with PSG, Mbappe also played an instrumental role in helping France win the World Cup in 2018.