It's like a dream come true, Bangladesh U-19 captain Akbar Ali after winning World Cup 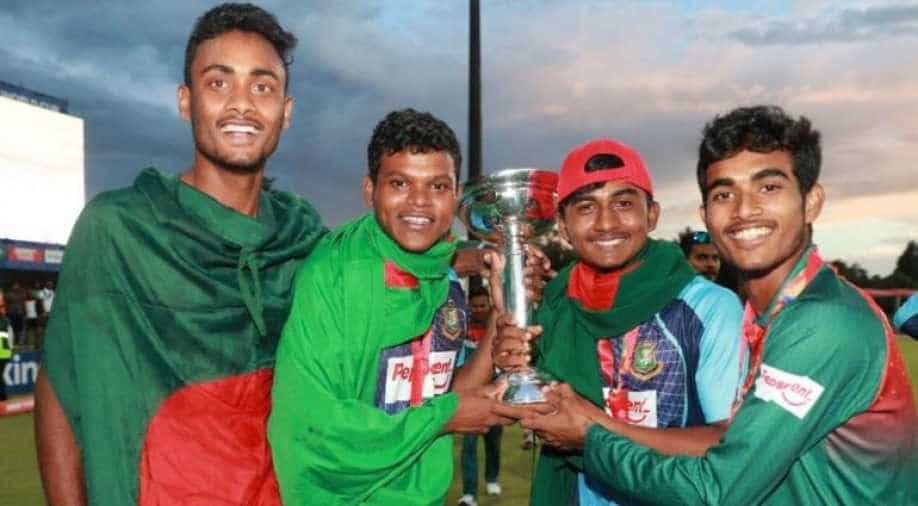 Yashaswi Jaiswal became the second Indian batsman (first was Shikhar Dhawan) to score 400+ runs in the tournament, he was declared the Player of the tournament.

Bangladesh Under-19 team lifts the ICC U-19 World Cup after beating Indian team by 3 wickets.

The Bangla Tigers have been declared the World Champions for the first time in the history of cricket. Their commitment towards the tournament was evident as the team arrived a month before the tournament began. They began training for the cup before any team's arrival.

The final face-off between the 'underdogs' Bangladesh and 'mighty' India was scheduled on Sunday. India was off to a great start, they were at 103/1. But post-Tilak Verma's dismissal, Indian middle-order fell consistently until they were all out on 177 in 47.2 overs.

Indian opener Yashaswi Jaiswal scored the most for the team.

In reply, Bangladesh had a slumpy start, they were down with a loss of six wickets at 106. Until their skipper, Akbar Ali's 43 (not out) got the team back on track. A brief rain break meant a revised target of 170 from 46 overs, with Rakibul Hasan scoring the winning run to secure a three-wicket victory. Bangladesh chased the total in just 42.1 overs.

Bangladesh's captain was the adjudged the Man of the Match after his brave performance for his team, he said: "When I entered, we needed a partnership. I told my partner that and we shouldn't lose a wicket. The planning was simple. We knew that India won't let it easy, they are a challenging side. We knew it would be a difficult chase. I am a person who wants to keep things simple. In the first half, I didn't get much chance. So was waiting for my chance."

The Bangladesh squad are loving life at the minute.#U19CWC | #INDvBAN | #FutureStars pic.twitter.com/jze3QNLOqM

Yashaswi Jaiswal became the second Indian batsman (first was Shikhar Dhawan) to score 400+ runs in the tournament, he was declared the Player of the tournament.

The player of the tournament, Yashasvi Jaiswal.

What an outstanding prospect he is, he's been a thrill to watch all competition.#U19CWC | #INDvBAN | #FutureStars pic.twitter.com/EObOLZUQA1

Bangla skipper was emotional while lifting the cup he said: "It's like a dream coming true. It's all about the hard work that we put in the last 2 years. I can't thank the coaching staff enough for the support both on and off the field. It's purely hard work,".

The Player of the Match is the Bangladesh captain, Akbar Ali!#U19CWC | #INDvBAN | #FutureStars pic.twitter.com/9dmaz5ydFv