It's foolishness, stupidity and not bravery: Gambhir slams Pant's shot selection on Day 3 of J'burg Test 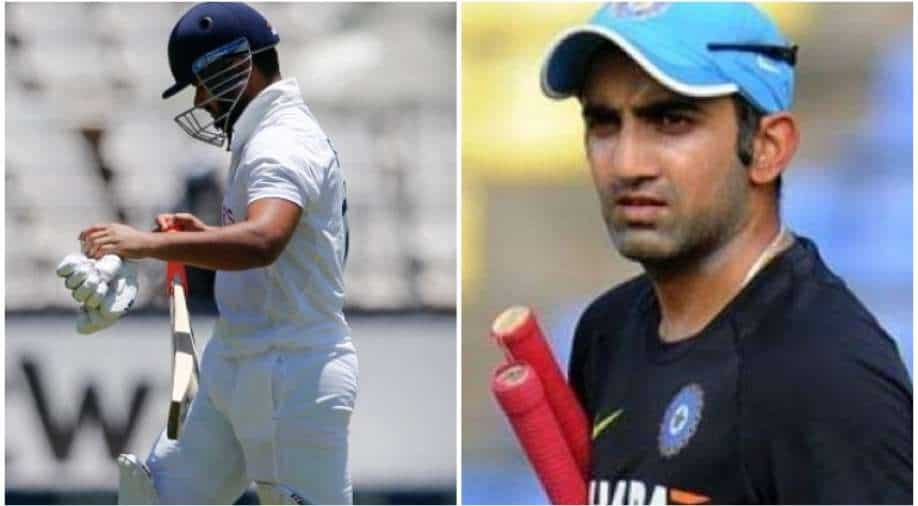 Rishabh Pant departed for a three-ball duck on Day 3 of the J'burg Test between India and South Africa on Wednesday (January 5). The former Indian opener Gautam Gambhir has lashed out at Pant's shot selection.

Rishabh Pant departed for a three-ball duck on Day 3 of the second and penultimate Test between India and South Africa at The Wanderers, Johannesburg on Wednesday (January 5). Coming out to bat with India losing both their overnight batters -- Cheteshwar Pujara (53) and Ajinkya Rahane (58) -- Pant had to stitch a partnership with Hanuma Vihari as India's lead was still far away from going past the 200-run mark.

However, the swashbuckling left-hander Pant got involved in a heated exchange with Rassie van der Dussen before playing a poor shot (on his third delivery) off Kagiso Rabada to depart for a duck. The youngster danced down the track to take on Rabada, however, he managed an edge which was taken cleanly by the keeper. Hence, Pant's shot selection was slammed by many on-air, including Little Master Sunil Gavaskar.

After stumps on Day 3 of the J'burg Test, former Indian opener-turned-commentator Gautam Gambhir also slammed Pant. “It’s foolishness. Even if he (Rishabh Pant) had got a six off the ball, he shouldn’t have played the shot,” Gambhir said while speaking to Star Sports.

"Unbelievable, you will call that stupidity and not bravery. The way Rahane and Pujara got you back in this Test match, you have given it back to South Africa. This is not Test cricket. There is a very thin line to call yourself brave. If you had hit a six as well with that shot, you would still not have called that an excellent shot. Test cricket is all about handling pressure and you knew that Rabada was bowling his fourth or fifth over," Gambhir added.

Day 3 ended with SA needing 122 more runs to win -- in pursuit of 240 -- whereas KL Rahul-led India are in search of 8 more wickets to win the contest and achieve their maiden series win on African soil.

Day 4 has seen a delayed start, on Thursday (January 6), due to rain interruption.